Back Into The Swing Of Things 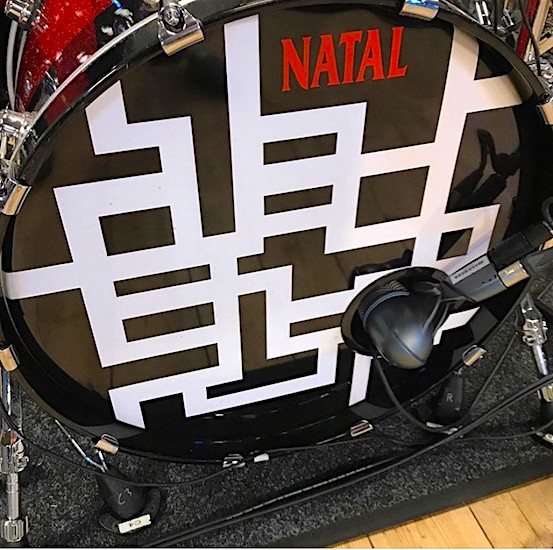 Hey guys and girls and welcome back!

Last month I touched on some of the highs and lows of being a freelancer in the music industry and trying to embrace the quiet times by being pro active and not stressing. I’m now somewhat back into the swing of things with more work coming in over the past few weeks, and now prepping for a month of work back with Bombay Bicycle Club. This should all round off the year quite nicely!

I’m going to take us back to last month, where I was in one of the many ‘self employed positions’ – no work appears to be coming in, and we’re having to hang around to wait for that big tour for it all to kick off, but theres all these other little gaps to fill where you want to be working! But you cant fill those because it might get in the way of the big tour… yada yada yada…

So as so often happens when we are in that position… I got a message from a mate, out of the blue asking for my availability. I was lucky enough that a friend of mine recommended me for some work with Japanese artist, Hotei. You might not know his name, but you definitely know his material – he wrote the song “Battle Without Honor or Humanity” which was used in Kill Bill (yes! THAT one!) and has since been used in loads of movies, TV shows and sports commercials. 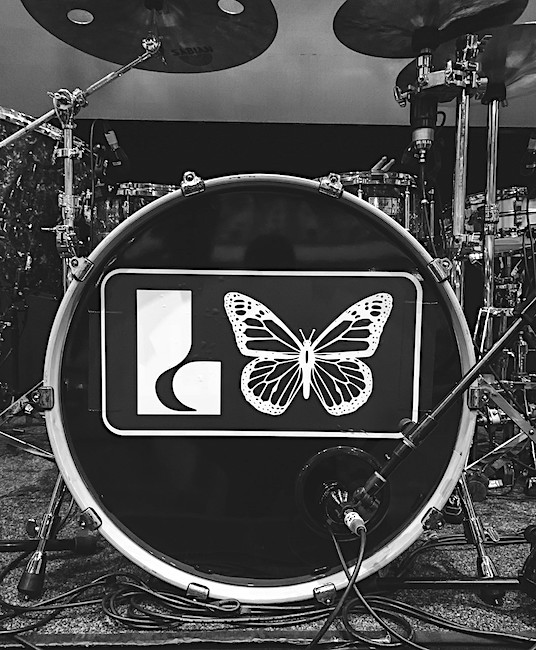 I did a days rehearsal in London at Ritz studios in Putney to become familiar with the set up and meet everyone involved. We had a small one-off sold-out show in London. I was looking after drummer Steve Barney and bass player Mark Neary, who are both lovely gents, as well as getting stuck in with anything else that was needed.

Sometimes on these small one off shows with limited crew you’ve gotta chip in where required. Actually, in my opinion if you want to make an impression on people and last in this industry on certain jobs you can’t just do YOUR gig and sit back and watch others struggling to get things done. You might have to help with anything – helping tip desks, pushing flight cases, coiling cables to throwing some mics on the kit! Just get stuck in, work hard and you’ll be remembered.

In between the two days with Hotei I managed to squeeze in a show with Labrinth at the Troxy in London. The production manager who I had previously worked with on Liam Payne sent me a message checking for my availability for a couple of days rehearsal and the show. Because I was already busy for the rehearsals it was a matter of showing up on the day, loading in, looking at some photos from rehearsals and just running with it. I was looking after the very talented Matty Brown who’s credits include Plan B, Olly Murs and Stormzy. The show was a success and I got asked to do a few more days with Labrinth on another session which I’m currently in rehearsals for. 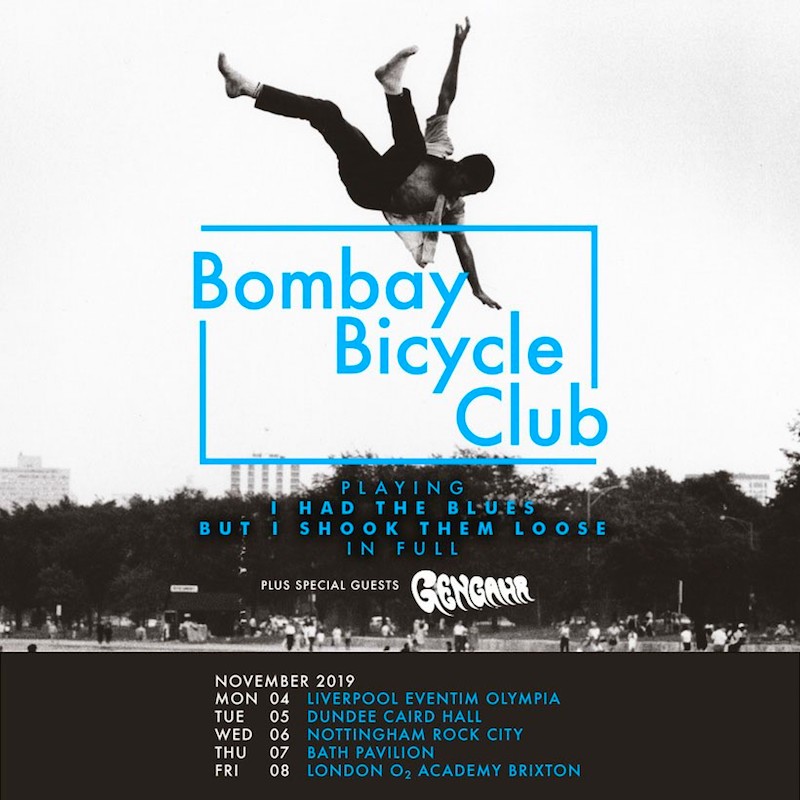 After this show with Labrinth I’m straight back into Bombay Bicycle Club for a couple of days rehearsals and then on to the UK tour. After that tour we then head to Asia for 10 days. It’s been really great getting back into the swing of things the past couple of weeks and working on some really great projects! I’m really looking forward to getting back with Bombay and jumping back on the road, it actually feels like it’s been forever. It’s amazing what some time at home can do to you. As I touched on before you crave that time at home and then the next thing you can’t wait to get back out there! Anyway, I’ll pick up next month on my time back with Bombay and the UK/Asia tour etc.

I wanted to go over something that has been playing on my mind and I wanted to leave here, not necessarily in a negative way, but I thought it was worth sharing my thoughts on it and It’s regarding endorsements.

Over the years I’ve helped artists or session players with endorsements. Whether that’s actually sourcing equipment through the company they’re actually endorsed by and placing orders for a gig I’m on, or giving out contacts for the companies I’ve built relationships with along the way (my days at Bell Music have come in very handy!). 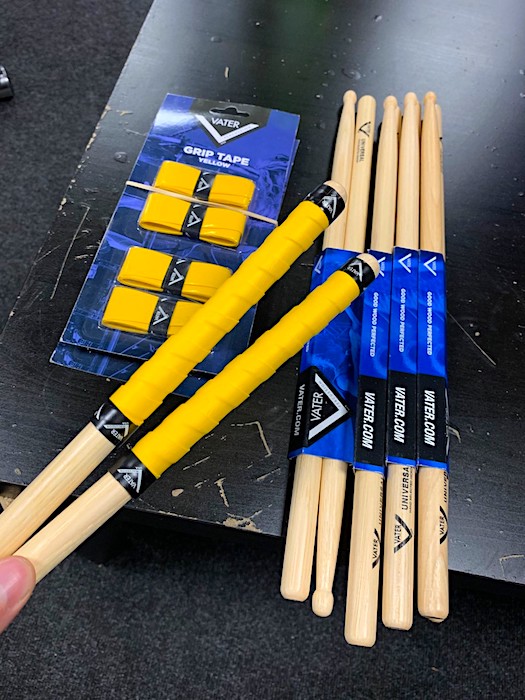 More and more I’ve found that musicians – not necessarily just drummers are asking me for contacts in companies they’re not even really bothered in representing or working with.

So here’s what I think. You obviously have to be at a reasonably high level of success in your field to even be considered for a deal. Whether that’s with the success of your own act you play in, the clients you have worked for, or the AR (artist relations) person is just really into what you do – and some of them are! They will just champion you and take a punt on you from the early days if they are in to it.

It doesn’t matter how good you are, at the end of the day they are trying to sell a product and you have to think, are you going to be able to help them do that? Over the years I’ve had people say “I really love playing this brand of sticks or cymbals but I don’t think I can get on they’re roster yet” or “I’ve sent an email but heard nothing back”. And then they say “Oh, what about that other company? I think they might give me a deal…”. 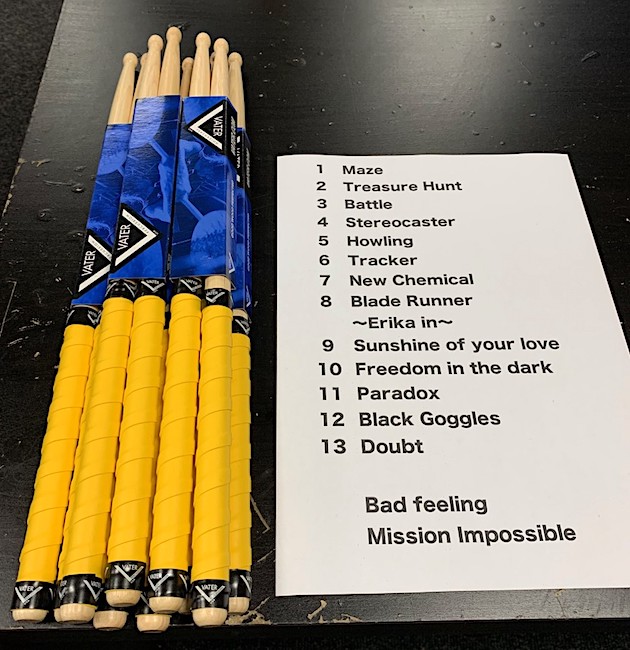 Firstly, the people in charge a very busy people! These companies don’t want to endorse you if you chose to contact them because they might give you a better deal than the company you originally wanted to be with, or the companies you’ve used since starting out. The brands and the AR’s want to know that you love and believe in the products. If you don’t, there’s no point going any further.

Nowadays nobody gets anything for free, and nobody gets handed endorsements just for being a great player. So my advice would be rather than trying to save 20% off, stick to the brands you believe in and show them how much you love them. Build your online profile, build your contacts and work on your craft. There’s no point in representing a company you don’t believe in just so you can say you’re endorsed and add it to your Instagram bio.

Anyway, I’ll check back in next month.

See you on the road,