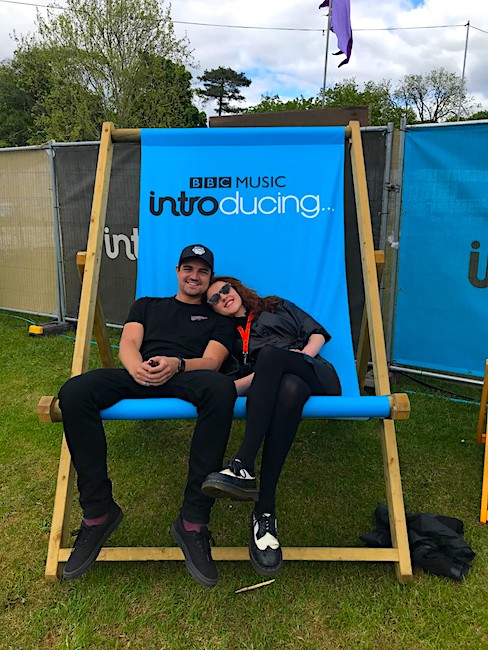 Radio 1 Big Weekend with my friend Emily, May 2019

What’s up everyone?! I hope you have all been enjoying some of the great weather we’ve been having recently and had a great bank holiday weekend and all that.

In last months feature I talked about my time in North & South America with The 1975, and what a whirlwind trip that was! Once that was done we headed back to England, Newcastle to be precise, for the first festival headline appearance of this album cycle – Radio 1’s Big Weekend in Middlesborough.

We boarded a flight from New York’s JFK for London Heathrow and then an onward flight to Newcastle. I was going back to the UK after three months away and it felt good, I was going to see my lady! After a long but comfortable flight (thanks to the in flight bar service) we landed in London, a good 10 minutes from my house but sadly I wasn’t going home just yet. After another quick flight to Newcastle, we were stationed at the festival for a nice evening off, my girlfriend would join, and we would all rest before our busy overnight load in to the main stage the following day.

This would be my last load in with the band and crew I got to know over the past year and I won’t lie it could have gone slightly better…we were delayed getting into the festival due to road closures and then of course the heavens decided to open up! I’m not sure about you, but deserted festival sites at midnight in the rain aren’t the most lively of places! We started unloading the trucks at 1am and finished up around 6am, after line checking and getting the B-rig headline show ready, having not seen it since Phoenix, Arizona – two months prior. After the overnight load in we then of course all headed for a well deserved festival breakfast fry up! 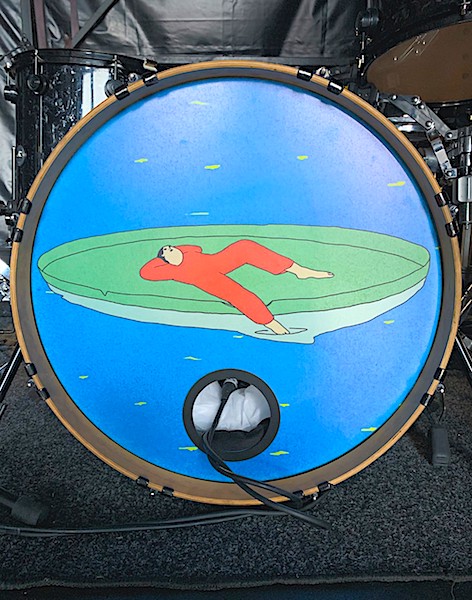 Fast forward twelve hours after the tiring load in, a short sleep and an amazing headline performance from the band, my time with The 1975 sadly came to end, BUT what an unforgettable experience the last nine months had been. From prepping the new touring rigs back in October, to rehearsals at the band’s studio, to pre-production tour rehearsals at LH2. From the first live show to the first Live Lounge, and the first tour to the first TV show and the Brit Awards – the list just goes on, but for now it was time to go home and take some time to reflect on the crazy ride that it was touring with one of the biggest band’s out there.

I decided to take some time off and not just jump into the next thing that came along, or if anything did come along, it had to be the right thing, or at least get me excited! I was surprised to see work being offered to me so soon after finishing with The 1975. I think word just spread that I had become available again, but I had just been on the road for what seemed like a lifetime, and I just wasn’t ready.

June flew by and it was great being at home and for once in my career I wasn’t panicking that I wasn’t working! It was great. There was no stress worrying about money, or having any jealousy towards my friends seeing them out touring and working at festivals and with great artists etc! I was content. 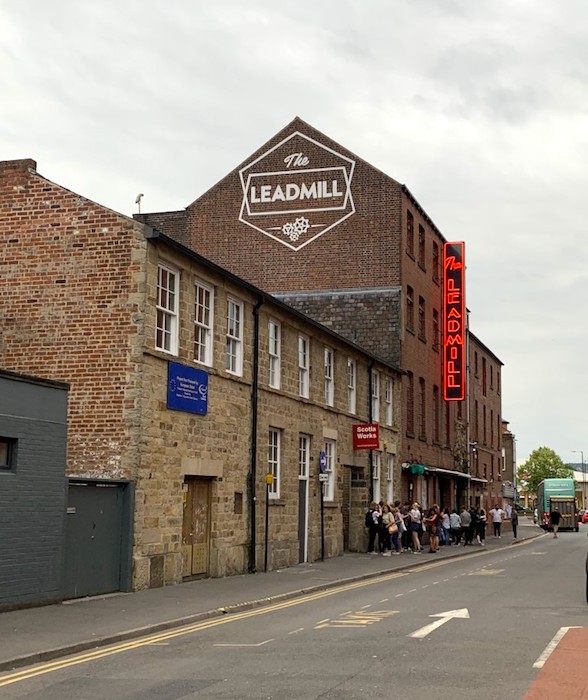 A little over a month passed without me committing to anything when an email came into my inbox for Bombay Bicycle Club from their manager – and THAT got me excited! A band I always loved were coming back after a hiatus of four years or so and I wanted to be a part of THAT! I was also asked to double up on this one and look after bass as well as drums, just like I did on the a-ha tour I did last year, so it wasn’t completely alien to me – but I’d be lying if I said I was a full time bass tech! Sometimes you have to push yourself and back your ability to adapt and learn new skills.

So this is the next chapter I guess, the guys were going to be easing back into it – nothing too crazy I was told. A week or so of rehearsals and a handful of warm up shows and festivals including a headline slot at Wilderness Festival with all the bells and whistles thrown in, including full lighting package, confetti and pyro. It was a no brainer!

The new gig started with heading to up to North London to the bands lock up and Ed’s (bassist) place to pull out some of their gear. Then on to Kings Cross to The Joint for the start of rehearsals where I met the the band and the rest of the crew. I had briefly met Suren (drummer) before, back in my days working at Bell Percussion and it’s always nice to see a familiar face – especially when it’s the boss!

Before Suren arrived I pulled the kit out of the cases and put together some hardware and set the kit up pretty roughly for the first time, just basing it off of a photo I had been sent by Suren. When Suren arrived we did go through his set up together, bit by bit, and we made all the finer adjustments until he was completely comfortable. He also talked me through his electronics and how to get everything up and running. I only had a few days in rehearsals with the band on this occasion and I had to make sure we had everything we needed for the gigs coming up in such the short space of time. Nothing major, just getting together the usual bits like heads, sticks, Moongels etc. helped out by the team at Matt Snowball. We also ordered up a load of new Snareweights from Joe Cox Drums, with fantastic service as always. 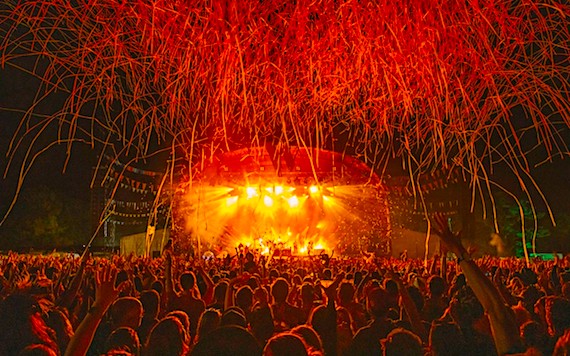 We rounded up the rehearsals and loaded out for an over night trip to Sheffield and the bands first show in over four years! The band were playing some small warm up shows which included The Sheffield Leadmill, Cambridge Junction and Islington Assembly Hall – the reaction was wild and I got a real taste for how much the fans really loved this band – everyone was excited to have them back. Sheffield was just crazy!

The shows went really well and we also got to see how the show ran on some bigger festival stages and iron out anything that we needed to before the big show – headlining Wilderness Festival. Needless to say, Wilderness Festival was the highlight for me and I think the same goes for the rest of the crew, and quite possibly the entire band. It was such a great performance from them and so good to see the full scale production going in.

I’ll be back with Bombay for the 10 year anniversary shows of their first album in November and hopefully through into next year. I can’t wait! They have just released a new single and the first new music from them in over five years.

Thanks, and I look forward to seeing you on the road.