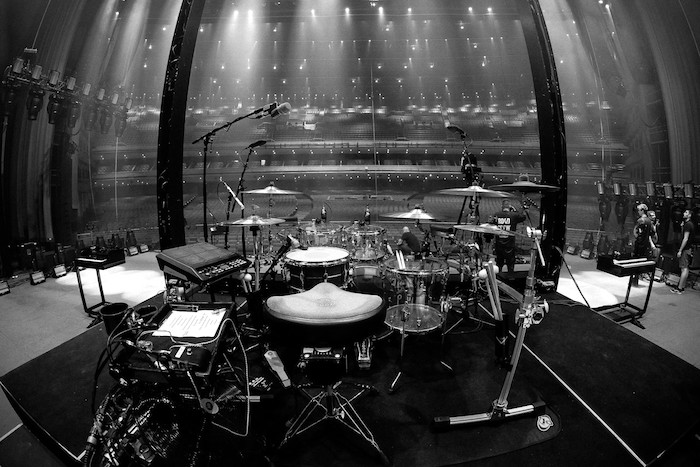 I hope you all enjoyed the last instalment and in particularly enjoyed George’s rig run down – I know that’s something a few of you were keen on knowing more about it, so hope you found it useful. For this feature I thought I’d take us back and touch on my time in South America and North America with The 1975. It’s the longest period of time I’ve ever been away from home and possibly the most challenging on all aspects, whether from a work stance or personal.

We left for Mexico City in mid March, the 15th if I remember correctly, and we had a load of festival main stage performances and a few headline shows to appear at over the next three and a half weeks in South America, before we flew to LA to start the longer US run. We were set to visit Mexico, Peru, Argentina, Brazil and Chile. Before flying out we had a couple of days to prep the fly rig – due to the air freight we were limited on weight and had to trim some of the fat from our regular touring rig such as our big tool cases and spares trunks which would later find us over in the US. 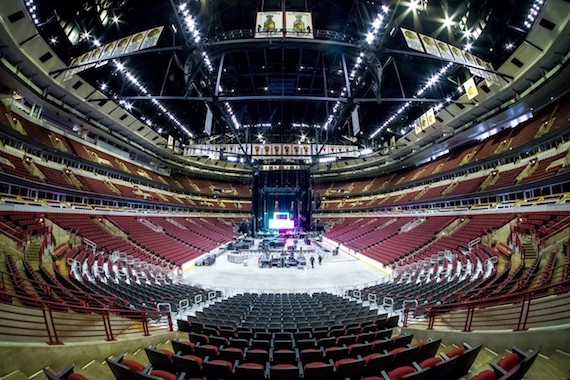 The first show of the South American tour was Vive Latino Festival in Mexico City. We weren’t touring our own grated drum riser on this leg either so we had to use local risers (not always great over there) which meant reinforcing them for stability. And, of course, we had to get a couple of Protection Racket drum rugs and mat marker packs to allow a consistent set up, both of which are 100% the best on the market for those types of products by the way..! On arrival to the festival and Mexico, we had to acclimatise as, I guess, it can be pretty tough on the body with adjusting to the climate and altitude etc. Mexico City is 2,250m above sea level and certainly takes some getting used to, especially when you’re working, or even just climbing up stairs!

It was great sharing some of the festival stages over there with the likes of Arctic Monkeys, Foals, Portugal The Man, and Snow Patrol. I got to see a lot of those dudes around at the Lollapalooza festivals and I was on the same flight out to Mexico as Foals and their crew, we also shared a few of the same hotels with them and the other bands touring party’s. I also got to hang out with the awesome Davey Latter, drum tech for Matt Helders (Arctic Monkeys) and all round good guy. It’s great meeting the good people of the industry and always good to network with the best of the best. I love it that you can bump into these guys anywhere in the world, make new friendships, and always have that bond with the people you have spent time with on the road previously. 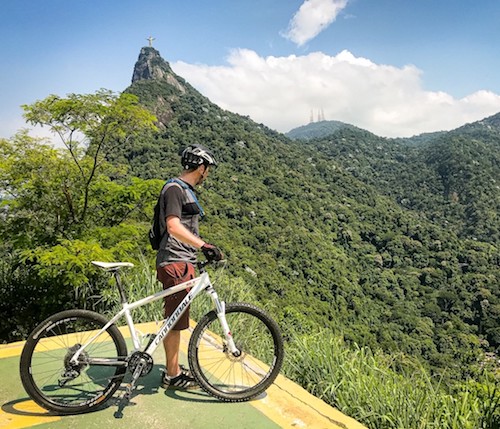 Daren Purves in Our Bike Trip in Rio

Straight away Mexico taught me a little lesson on touring South America. I had taken out a couple of new bricks of sticks and some spare heads for George which I ordered up before we left. I had them next to my drum riser in one of my cases and after grabbing some lunch I came back to find that a brick of sticks and some of the new heads were missing. Not sure how or who took them but it’s something that can easily happen out there when your back is turned. It only makes you more cautious of your gear! That happened on the first show and I’m sure you can imagine finding replacements in some of the countries we were going to wasn’t going to be easy! Luckily it happened in Mexico and not somewhere like Peru, and we were able to find a shop in Monterrey, MX for the replacement bits we needed before we boarded a flight to Lima.

The South American tour was pretty full on. We did something like 15 flights in 3 weeks, lots of late night shows and back to the hotel late along with super early lobby calls the following morning, to then get on another flight straight to a festival load in, and then repeat again and again. What an experience though, I know I’ve mentioned this before but what better way to see parts of the world you would never get to see and get paid doing it! Don’t get me wrong it wasn’t all just work, work, work. We did have a few days off here and there and where better to spend two days off than in Rio?! You’ve got to make the most of it whilst you’re out there. 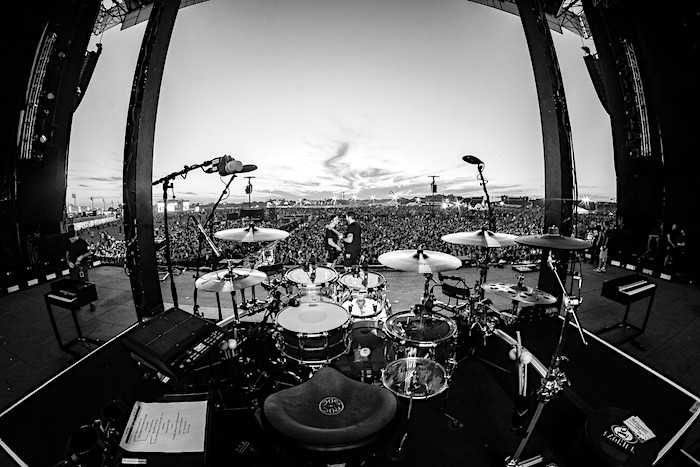 On the first day a load of us hired a boat and took a trip out past Sugarloaf mountain and anchored up near this little beach. The boat came with as much food and booze as it could fit along with a captain, a chef cooking wonderful steak and seafood and a barman serving caipirinha’s and cold beers all day. Top that off with diving off the top deck and swimming from the boat to a little beach and I’d say that’s a pretty good day off! The following day five of us had an early start as we took a mountain bike trip through the jungle up to Christ the Redeemer which was extremely hard work but an amazing experience. When you’re touring pretty relentlessly, on a day off it’s easy to stay in a hotel room and sleep or watch Netflix all day and believe me we’re all guilty of doing it, but on occasions like that you have to put yourself out there, get out of your comfort zone and go and explore! You need to take photos and experience something you’ve never done before. I try and say to myself “you never know when you might get the opportunity to do this again, so get up and do it!”. Doing as little as taking a stroll and finding a local dinner spot and trying something new makes all the difference for me. 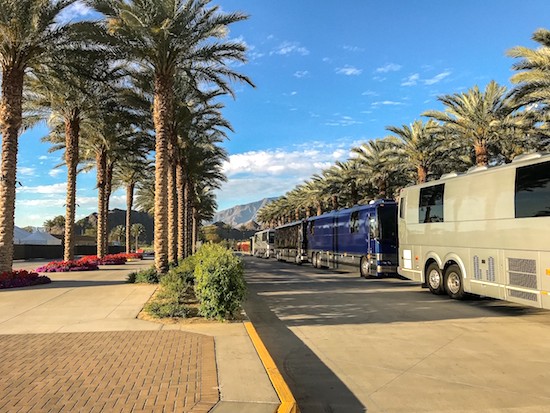 In The Desert For Coachella, April ‘19

The three and a half weeks or so in South America few by and looking back now has become a bit of a blur…I personally couldn’t wait to get to LA and start the USA leg, and I think that goes for the rest of the band and touring party! It was great to get to America and start off the tour in LA. We were stationed in West Hollywood for a week with a couple of intimate shows at the Roxy and an appearance on the Late Late Show with James Corden. We also had a day off which was great and definitely needed – it was nice to have a little bit of time to do the tourist stuff. Once we left LA we headed for Coachella week one over night. We woke up in the desert early doors to get our passes and go through security, what a crazy festival that is! And week two Coachella was on my birthday.

We continued from there and went on to Santa Barbara, San Francisco, Seattle and so on, we went to a lot of places. A couple of shows had to be cancelled including Red Rocks, Colorado – somewhere I have always wanted to visit! But unfortunately we had to turn back to Salt Lake City before we could get on the highway due to heavy snow and the trucks just wouldn’t be able to make it! It was a funny one for me as I had been hit down hard with the flu so a day in bed was welcomed, I won’t lie! A show in Austin, TX also had to be pulled because we were in the middle of a tornado and lightning was striking above us! We were all set up and ready for the show and then it all had to come down again in the rain. However, we did go back and do the show on one of our days off which meant a seven gig stretch in a row. 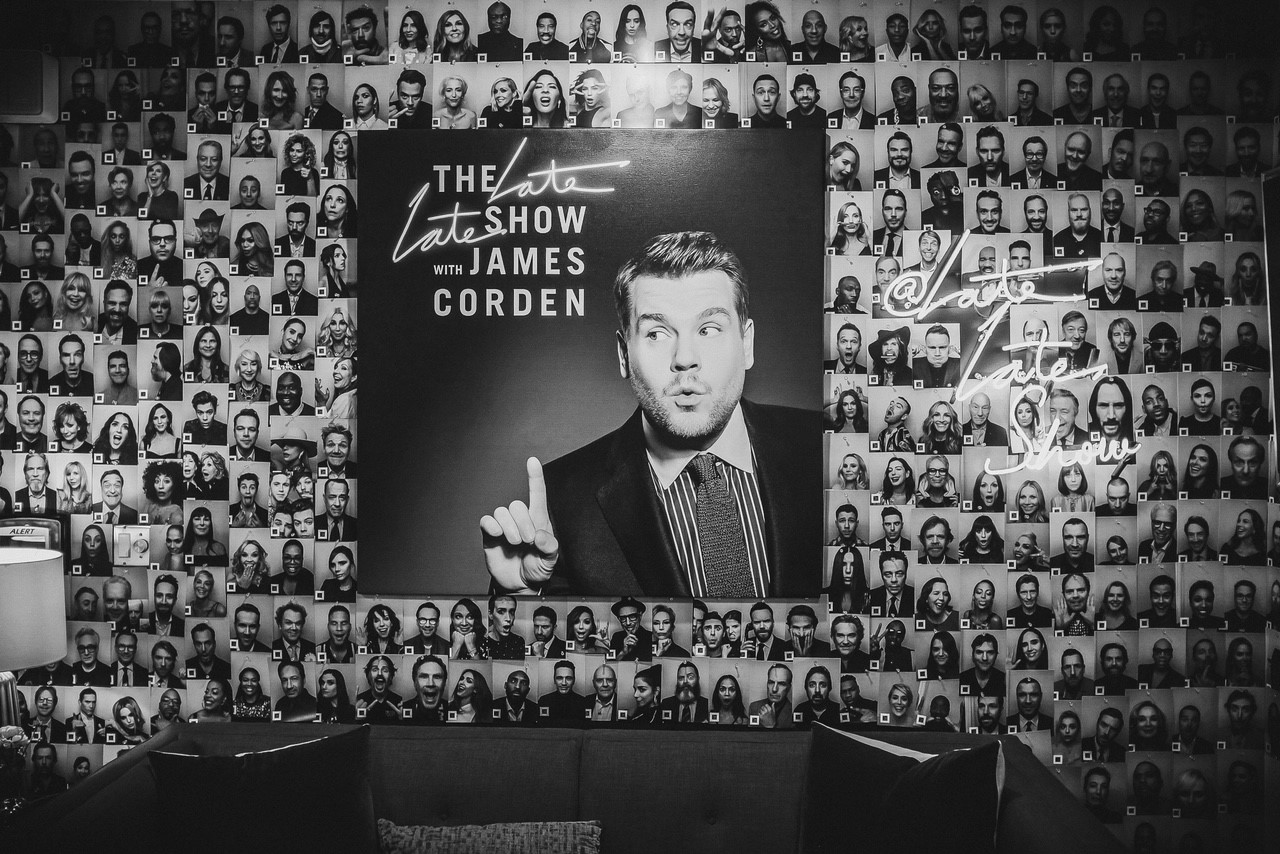 After a few weeks in America travelling around and getting in the swing of things it all becomes second nature and you’re part of the machine! One thing I will say about touring is to be prepared for anything. One minute you’re in the glorious sunshine laying on a beach and the next you’re in a tornado or snow storm pulling out the waterproofs and heavy jackets!

My time in South America and North America is something I’ll never forget, so many stories, so many great experiences and with many lessons learnt along the way. I look forward to visiting some of those places again soon.

Catch you next time and see you on the road,

– Avoid drinking or brushing your teeth with tap water in South America.

– Always try and keep an eye on your gear and keep it as discreet as possible no matter how valuable.

– Get out there and experience the time you have off in the places you might never see again.

– Be prepared whatever the weather!