This is the secon 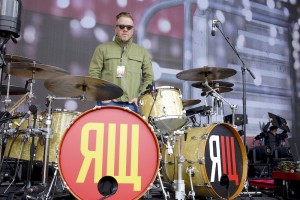 d episode of the new ‘Backstage with…’ series where we get to see behind the scenes with some really top flight drummers, and venture into areas that the public just never, ever see.

In this episode, Mike travels to Southampton to catch up with Karl Brazil with Robbie Williams on the third date of the current tour. 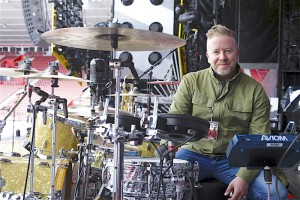 Karl lets us into his touring regimes and ‘why’ it’s important to be able step out of the ‘tour bubble’. Karl also talks about why its so important to watch on stage and why the band cant just wander everywhere, especially on a big tour like this….

This video interview is supported by Drum Workshop, Gewa, Gretsch and Sabian, and we are very thankful to them for making this possible.

Expect to see even more ‘Backstage with…’ very soon.