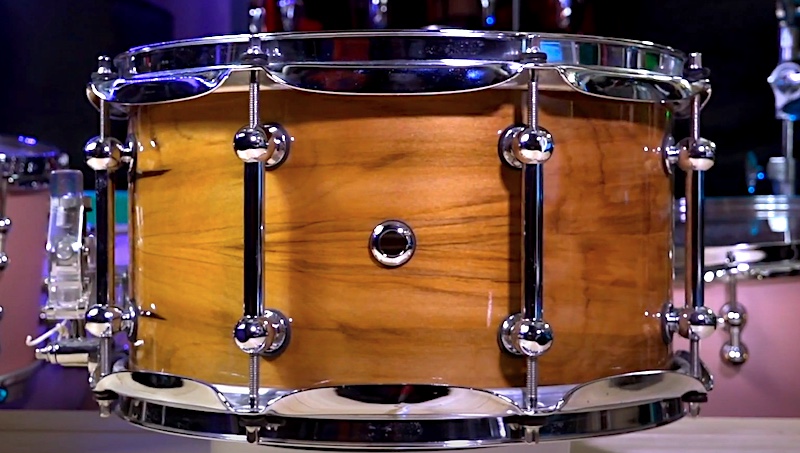 Brady, a classic name in drums and drumming.

I still vaguely remember buying this drum from eBay UK. I had it for, I think, the better part of 20 years before I recently sold it on to a very nice man in the US.

The 12×7” shell is made from the Jarrah wood that Brady made famous, but in this case it’s a ply version, and not a block/stave design. The outer ply is Mari Blackheart, which I always thought was both beautiful and unique, although I had wondered for a long time why the snare throw off had been placed where it was. Why cover up that beautiful figuring? 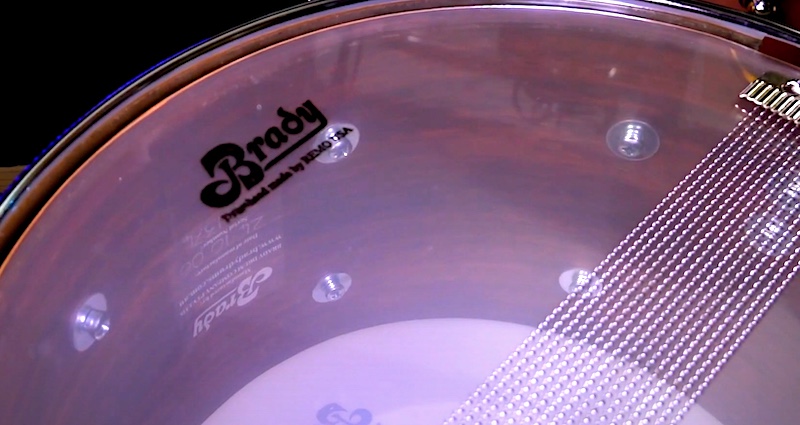 Being a 12” drum I didn’t have much cause to use it over the last few years as what I was mainly playing didn’t warrant that kind of sound.

Given how Chris Brady is no longer making drums, and that everything he made is garnering more interest by the week it seems, I figured the time to let the drum move on to a new home had come. The funny thing was, even though I’d had the drum for a long time and had mentioned it in passing on my own channel numerous times, it was only after its new owner had asked me directly if I’d sell it that several other people also told me how much they’d have happily have bought it from me…

Anyway, it’s a great little drum and I know its new owner is already enjoying it.