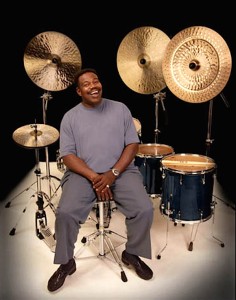 Leon Chancler was born in Shreveport, Louisiana on July 1st, 1952 and eventually added the African name ‘Ndugu’ in between the two he’d been given at birth. It’s a Swahili word meaning ‘Earth Brother’ which suited him very well. I first met him when we were both Remo endorsers and, like most drummers, we were both interested in what made drums tick.

He began to play drums at 13 and the story goes that, like a great many of his ilk, spent time a lot of time tapping on his classroom desk. This resulted in him being sent out of the class for disrupting it; whereupon he’d continue his annoying tapping in the corridor.

He didn’t have any formal drum lessons because, with seven siblings, the family couldn’t afford it. So he learned from drummers around him like Ed Thigpen and Stix Hooper while persuading other guys to show him what they’d learned from their teachers. Somehow he still found the wherewithal to study percussion, mallets and timpani too. 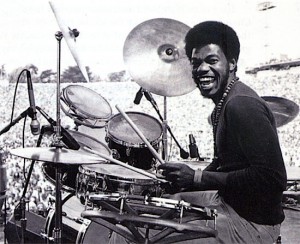 While he was in High School he started his playing career with a percussionist named Willie Bobo, who was part of the Harold Johnson sextet, before attending and graduating with a degree in Music Education from California State University in Los Angeles. He’d evidently already performed with Herbie Hancock and recorded with Miles Davis, Bobby Hutcherson and Freddie Hubbard by then.

He was nominated for a ’ Grammy’ award for a highly funky song he co-wrote called “Let It Whip” by the Dazz Band and also played on ‘“Private Dancer” with Tina Turner. His tenure with Michael Jackson covered “Billie Jean”, “Bad” and “Beat it” all from a single album which became the best selling of all time. Not a bad legacy!

Towards the end of 2008 he became an adjunct Assistant Professor of Jazz Studies at the University of Southern California. He also taught every summer for three weeks on the West Coast at the Stanford Jazz Workshop. Ndugu was also a member of the Percussive Arts Society. 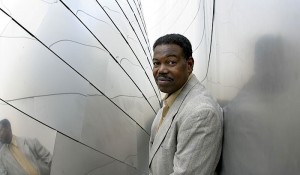 He was an exceedingly visual player who often played standing up, and he went out of his way to make his playing look good. You only had to look at how he placed his cymbals – very high and almost vertical – to realise how important the positioning and visuals of his performance were. As far as he was concerned it was the drummer’s job to put on a show.

Ndugu had a great and thoughtful philosophy about playing drums and I’d recommend you read an interview by Robin Tolleson which was written for ‘Modern Drummer Magazine’. He published an unusual book himself called “Pocket Change” about musical and career advice.