And Don’t Forget To Bend At The Knees… 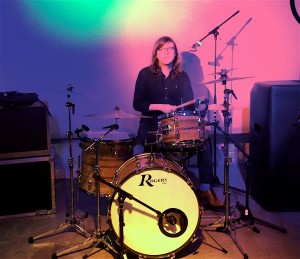 At the age of 16 after finishing school I took a music course at Oxford College of Further Education. Not to be confused with actual Oxford University (far from it, back then the College was a hotbed of underage pregnancy and underachievement…) the formative music education, and the chance to meet likeminded musicians, was invaluable and I would recommend such a programme to anyone.

Each morning I would travel into town by bus and on the occasions when I missed it (more often than I care to admit…) would oft kill the time until the next by wandering to the local shop and throwing down my spare change on a scratch card. On one memorable occasion I picked up a sweet £40 on a LUCKY 7’s, a fair sum at that age. Come lunchtime I headed down to the sadly-now-defunct Polar Bear record shop on Cowley Road and after some discussion and guidance from the proprietor, splashed my winnings on two CDs. One was a compilation of dub reggae and the other a collection by Saint Etienne.

While the dub never took, the Saint Etienne did and I fondly recall the heady summer of 2004, my newly minted drivers license in pocket, taking on the roads of west Oxfordshire to a soundtrack of Like A Motorway, Nothing Can Stop Us, and He’s On The Phone. 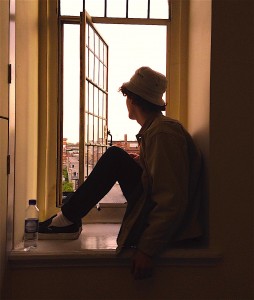 Fast forward to 2017 and Saint Etienne have a new album and the need for a new live drummer. And who should get the call but yours truly! It was a combination of timing, luck and mutual friends that it came my way but it’s a fine honour and exciting proposition to play with a band I’ve long regarded so highly. We start out in UK in June before further EU dates and then a US tour in early Autumn. It’s great to have work in the diary but I also owe a debt to my other regular gigs who have generously subbed or depped me for the odd diary clash.

Thus the last week or so have been mainly taken up with rehearsals ahead of the impending first dates. Stylistically they cover a wide variety of genres with some big electronic-dance vibes alongside soul, folk and rock influences and it’s been interesting concocting a hybrid acoustic/electronic setup to meet the technical and musical requirements. Further details to follow in future blogs!

Elsewhere it’s been a busy month. I’ve found drumming to be very seasonal work with March/April/May always pretty full. January and February are normally quieter and while there’s less touring in the summer, the festivals can provide regular work on the weekends. Things pick up again on the live front through September to November before quietening down for the winter. I wonder if others find it’s the same? 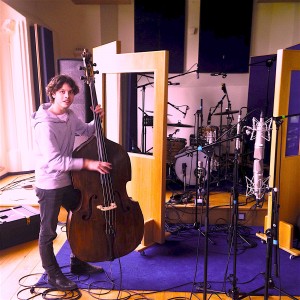 Alas the past four weeks have seen tours, weddings, festivals, recording dates, a gig in an art gallery, one on a boat, and more rehearsals than you can shake a drumstick at (have I used that joke before?).

But I count myself very fortunate to be so busy and can recall the frustrating days of my early twenties when I was grateful for so much as the occasional pub gig (though there’s been a few of those this month too…).

Centrepiece to the action was a tour playing with my oft-featured friend Willie J Healey supporting popular new ‘alt blues/rock’ band Palace on their UK dates. We started out in Birmingham (O2 Insitute) before heading down to Bristol (Thekla), Cardiff (Clwb Ifor Bach), Oxford (Bullingdon), Guildford (Boiler Room), and then Reading (Arts Centre).

The grand finale to the tour was in London at Shepherds Bush Empire. It’s a legendary venue and one I’d been to many times before but to have the opportunity to play there was a first for us all and it was a buzz to play such a prestigious spot. Hats off to Palace too who sold the place out! 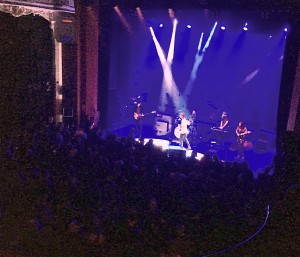 Their drummer Matt was great every night of the tour and I liked the new Gretsch kit that he had recently acquired. It’s a funny thing how drum specs go in trends every few years … in the past we’ve had power toms, deep kicks, fusion packs, piccolo snares, short-stack toms… I was interested to note that his new kit was the same spec as my 74′ Rogers: 12” rack, 16” floor tom, 22” kick. The classic sizes are back in vogue!

Good times on the road and max respect to all the great young drummers we met along the way, either playing with us or just coming to watch. Most memorable was the opening band on the opening night in Brum who’s talented but foul-mouthed drummer could barely f*****g string together three f*****g words without f*****g swearing. I’ve long said one of the great joys of touring and travelling is the characters you meet along the f*****g way.

Alas on a final note the busy month of load-ins, setups, pack downs and load outs has taken it’s tole on my back. It oft irks me but in recent weeks has become noticeably worse. I have my suspicions about a number of factors that might be contributing – I play a mix of matched and traditional grip and perhaps my ole’ trustee DW throne might not be helping… but I’m off to see the chiropractor in the morning so I hope to check in next month with some good news!

All the best until then. And remember, bend at the knees.