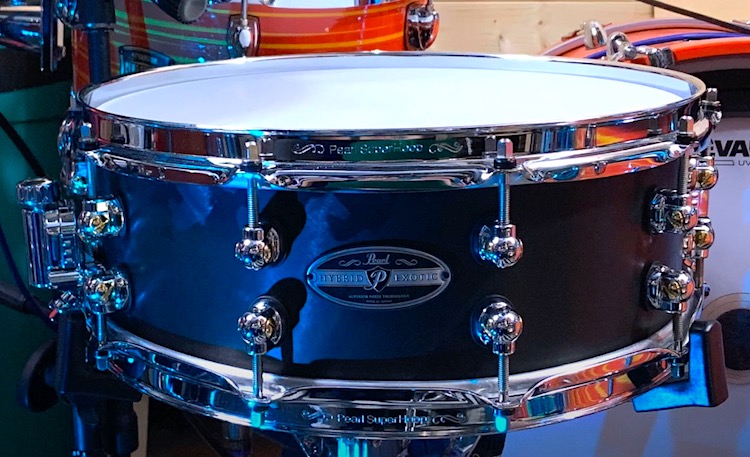 I’m guilty of having a few snare drums. I’m also guilty of sometimes getting a new drum, playing it for a week or two in my studio and then swapping it out on the kit for something else. That’s what happened with this drum.

Now, this occurs for many reasons and it’s quite often because I actually need to record something else. However, after I’ve put the drum away, I’ll sometimes then – in effect – forget I have it. I do accept that might sound a bit pompous and ridiculous etc, but it happens because sometimes I just have a lot of drums come through my hands, be it my own or for something for review.

Why do I tell you this? Well, it’s because when this situation does occur I then get to rediscover a drum. And that’s what happened with this drum; I rediscovered it and it was great.

The drum itself I got as a birthday present and had played around with it and set it up how I liked it before I had to put it aside. Then a good few months later after walking past it many times and thinking ‘I really must play that again soon’ I did finally get round to it and that’s when I rediscovered it. Or perhaps, more correctly, I actually discovered it.

With some drums, I play with them, set them up and tend not to deviate from that.

With this drum, while I did really like where I had originally set it, I found it actually did a whole lot more than I ever realised the second time round. The main thing I found was that it went far far lower than I had thought and in fact, it went much lower than most 5” deep drums I own. To be fair, I rather think that it could have gone even lower still too but I just didn’t take it there.

The drum in question features a 3mm Vectorcast (synthetic) shell. 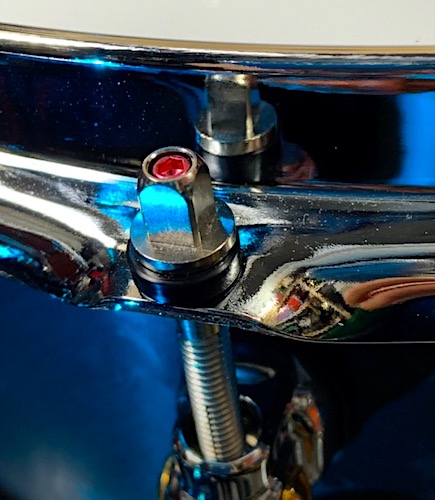 The Vectorcast shells were made from a plastic-resin-yarn, through a process often used in aerospace industries. The yarn/resin mix is wrapped around a former and cooked in an oven to produce solid, resonance rich shells with impressive sound characteristics. The drum comes fitted with Pearl’s Super Hoop II hoops, SR-1000 Glide-Lock throw-off, SPT-5047 Spin Tight tensioning screws (complete with special key) and Remo heads.

For me, this drum is cool for three reasons; one, it looks just a little different because of the way it’s made. It might not be immediately obvious, but you can see the weave of the material if you look hard enough at it and it gets patchy too, which presents almost in the same manner some grains look in timber.

Two, it sounds really good and does high and low quite convincingly. The third reason is it’s just a little further out there in terms of material and design; I like weird and wonderful and as this is synthetic shelled it fits right in there.

In the end, I went from liking this drum to really loving it months later, so much so that I’m now kind of after the 14×6.5” version too. To me, it’s a bit of a shame Pearl discontinued them and that I didn’t get to  discover them until so late in the game.