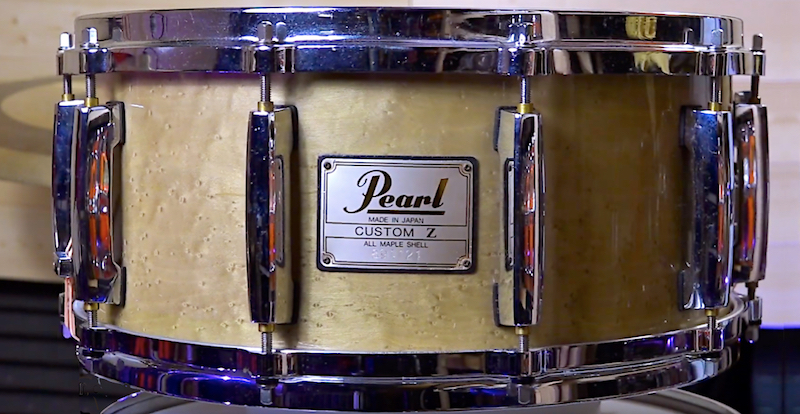 I think with Pearl’s Custom Z line, you either had to be there at the time it was around or just know about it.

This Japanese-made, late 80s line only ran for five years (1989 to 1994) before it was discontinued, but seems to have made a lasting impression on many players, which lasts through to today.

Strangely, I’ve talked to a few people since getting this drum who remember a very large example of the line at the long gone John Shearer’s Talking Drums in London and particularly a clinic John Shearer did on it. I seem to remember a big double bass kit with two ‘flying’ mounted bass drums too. It was the thing of dreams for sure. 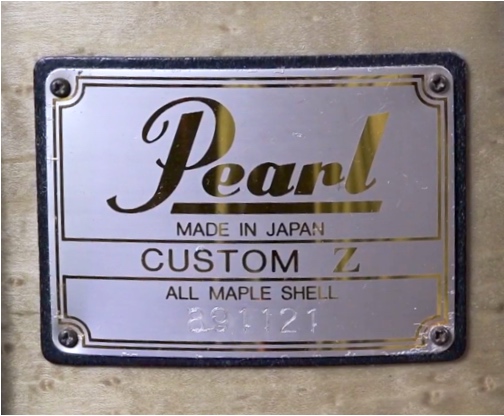 In 1989, I was 17 and at college. I could never have afforded anything from the Custom Z line at that time, and there seemed to be nothing to suggest I ever would either. However, fast forward thirty years…

I got this drum in 2019 whilst doing some late night eBay browsing. It was a good day that one; this was about 2am and I bought a Yamaha Club Custom kit about 11.30am the same day.

If you know anything about eBay, sellers have the facility to put in ‘buy it now’ and/or ‘make offer’ options for buyers.

Now, being relatively eBay savvy I try where I can to make an offer on things I’m interested in, so I clicked on the button and tapped in some numbers. Then, to my surprise, I noticed a little note saying something to the effect of ’two offers pending’. Ok, I had never noticed that one before, but then I had a dilemma; do I try and work out a good offer figure or do I suck it up and pay the buy it now price? 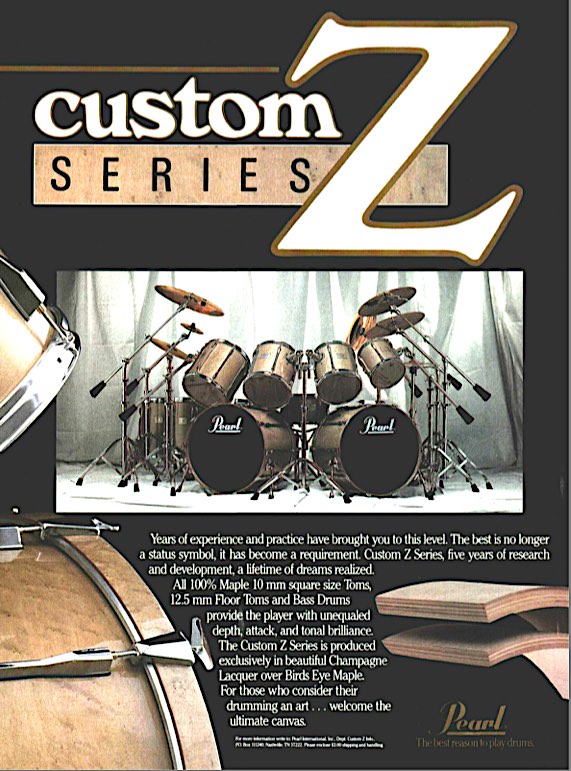 As far as I’m aware, these drums don’t seem to come up that often on eBay in the UK; this is in fact the only one I can recall seeing in years of keeping tabs of things in that respect.

Anyway, obviously I decided to go for it. I didn’t want to miss out on this chance to own one of those mystical drums from my youth.

The drum itself is in pretty good condition for a thirty-odd year old drum. There’s a little bit of pitting on the chrome here and there, but generally it’s good. The 8-ply, 10mm thick maple shell has one or two minor dings, but you’d have to look for them.

I’ve got Evans heads on the drum, a 300 on the bottom and a coated Genera on the top. The wires are Pearl’s fairly generic 20s.

Sound-wise, the drum is loud but articulate. The thick shell provides a good crack with little sustain to it.

Pearl was, I think, pretty much clear in its direction with these drums and who they were aiming them at – professional rock and/or heavier players – and a good indication of this (aside from the square and power sizes) was the fact the snares were only available in 6.5 and 8” depths. Nothing small here: even the 10” toms were really deep. 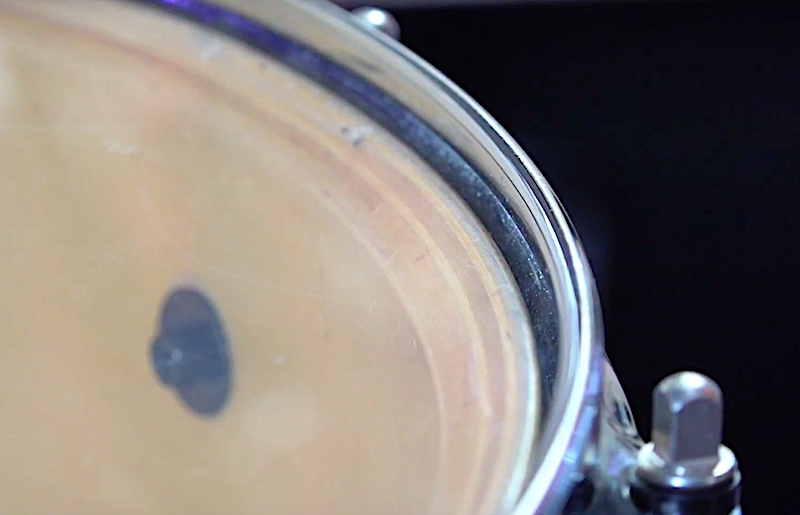 For me personally, the Custom Z line only exists in that wonderful birds eye maple champagne lacquer, but the reality is that by 1993 – the last year of production – Pearl did introduce a few other colours too. Unsurprisingly, due to the high cost of these drums, they didn’t last long and apparently didn’t sell that well either. However, at the time, and I understand ever since too, these are some of the best drums Pearl ever made.

In 1989, a five-piece kit with hardware had a list price of about $4,800. Think about that in relation to today’s drum prices; that would be expensive even now. From what I can see though, even some thirty years later, the line still enjoys a fairly commanding price on the second hand market. Seems I wasn’t the only one mesmerised by these drums.