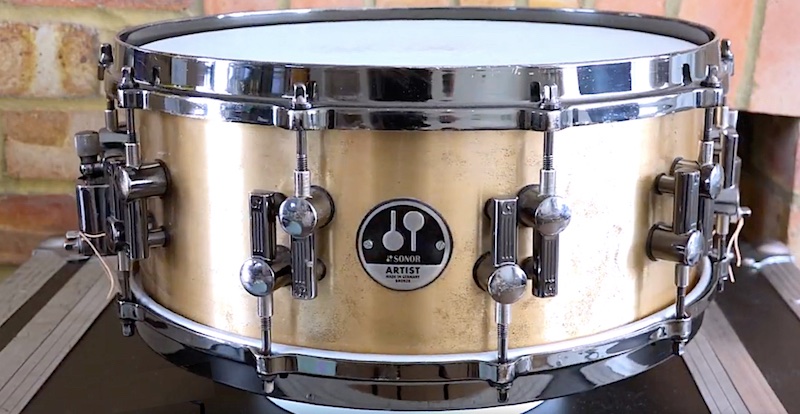 This is a drum I only picked up recently, although I’d been aware of the actual model for ages.

I’ve had a lifelong interest in Sonor drums going back to the 1980s after seeing adverts in Modern Drummer magazine.

In 2010 I was lucky enough to be able to visit the Sonor factory in Germany. I was so invigorated by this experience I took the plunge and managed to buy an SQ2 kit. Before that I had picked up a Blanched Roots snare (one of the models Steve Smith used for a while) and then more recently an SQ1 snare. However, this drum we are looking at now is just a little different to those previously mentioned.

The Artist bronze drum is only offered in the 14×6” size. It has a  heavy 3mm thick cast bronze shell – with 2mm rings top and bottom – TuneSafe lugs, 45’ bearing edges and die cast hoops. This particular drum – being second hand – came with Pearl snare wires. It also has Remo heads top and bottom. The one piece cast shell, which is similar to how some cymbals are made, is one of those things the more snobby snare drum collectors really go for.

As I said, this drum came to me second hand and if I’ve got my numbers right, is about ten years old. 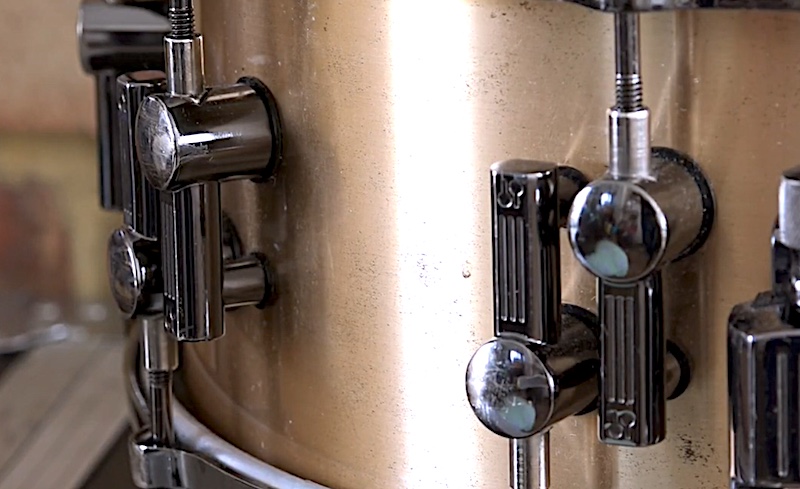 It’s been played for sure, with some of the black chrome having rubbed away and there is pitting and marks all around the shell. And you know what? That’s a big part of why I bought it. It has character. For me, shiny and new is obviously nice, but sometimes so is dirty and road-worn too. That might not be for everyone, but like I said, for me that gives character.

I generally favour it at a medium to medium high tensioning. It will go high and, indeed, low too, but for a nice crispy sound with good body I like it around the medium area.