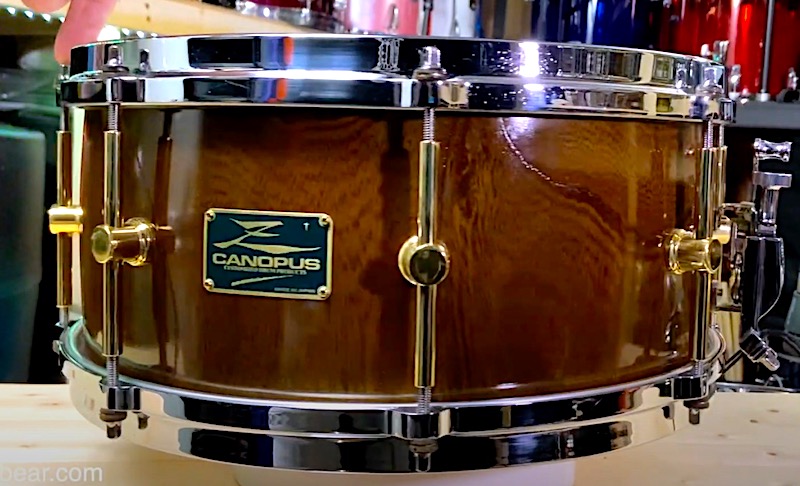 About ten years ago, Mike arranged for me to review some drums from Canopus; these were a kit – I cant remember what model – and two Zelkovas, a 14×5.5” and a 14×6.5”. It was the first time I’d tried anything from the company.

I can’t recall if I’d heard of the Zelkova snare drum before I took delivery of them, although I would guess I probably had done.

I do, however, remember the gig I took them to when trying them out; it was a nice big room in a hotel apparently opposite Pete Townsend’s house in South West London. I know I used both Zelkovas at the gig, swapping half way through. I also know that I finished the evening wanting a Zelkova for myself. I had a few Craviotto snare drums at that point but there was something about these Zelkovas that I wanted in on. It took nearly ten years but I finally got one in 2020. 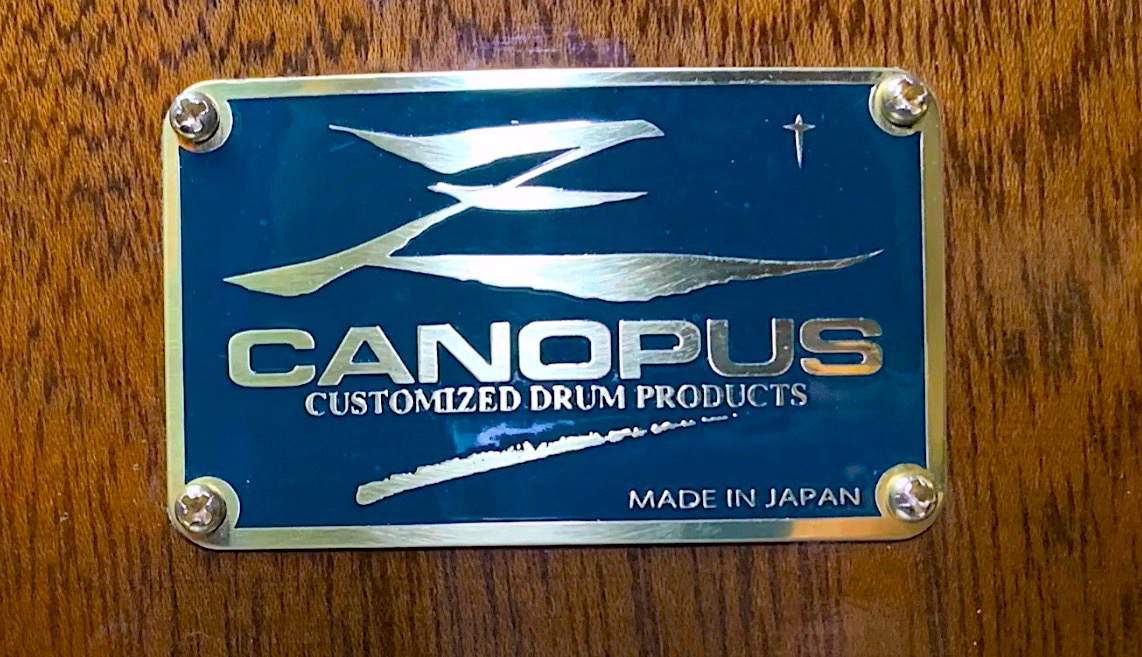 It was a Sunday night in February, I was browsing eBay and I recognised the badge in the little photo on the auction. I got just a little excited. I looked at everything, the description, the photos, all seemed good. It was a good price too (in the UK Zelkovas generally run about £1,700 brand new and the last second hand one I’d seen was £1,000) and it was up for less than half the new cost. I ran upstairs to grab my credit card and did the deed. Mine.

Now, in most eBay auctions for snare drums, the dimensions of the drum are included. Seems logical really, but in this one they weren’t. I wasn’t actually sure if the drum was a 5.5” or 6.5”; I hoped it was the deeper of the two because the photos looked like it and that’s my preferred size, but I’d managed to find the drum and pay for it without even giving that a thought. A few days went by and the drum turned up and it was [obviously] the size I’d hoped for. 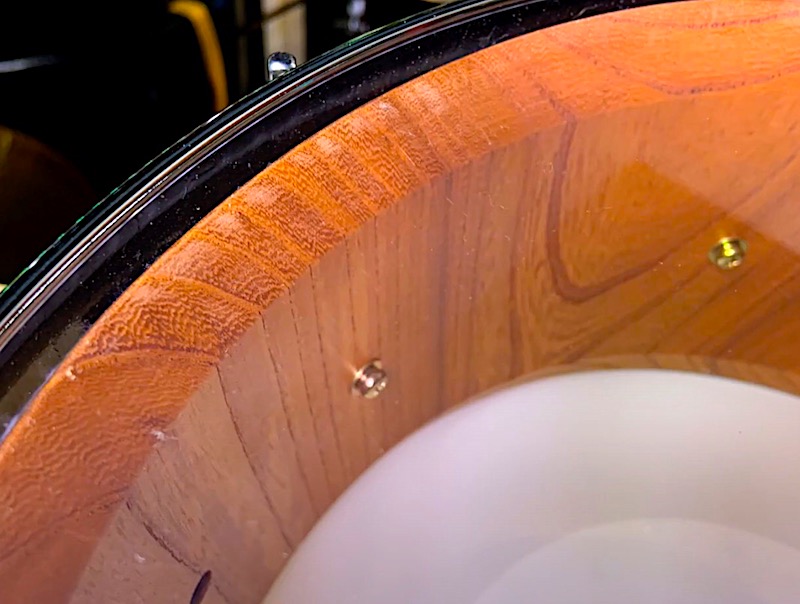 If you don’t know about the Zelkova, it’s made from a single piece of wood.

However, unlike what sometimes gets called a ‘solid shell’ (and are in fact steam bent one-piece shells) the Zelkova really is a solid shell made from the stump of a 200 year old tree. For me, even that last bit adds cool factor. Proper older wood. Then there’s the slightly concave design of the shell and the wonderfully figured grain of the wood… It’s absolutely worth looking at the Canopus website for more details and photos on how they make the shell – https://canopusdrums.com/en/product/zelkova-snaredrum/

The drum comes with eight double-ended brass lugs, die cast hoops, ‘Bolt Tight’ leather washers and Canopus branded strainer and butt plate. I can’t say I’m the biggest fan of the strainer design, but it works. My particular drum also has Vic Firth 26 strand wires (made by Canopus) and Evans heads – UV1 and 300 snare side – on it. 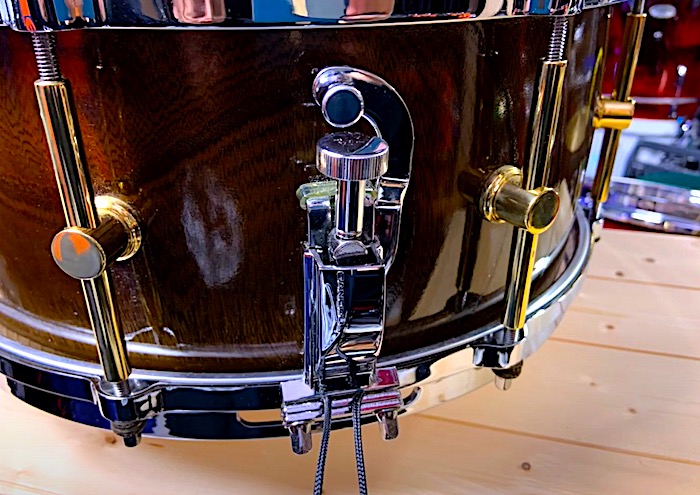 There’s something about the playing a Zelkova that goes beyond sound.

I’ve often talked about the vibe a drum/drums give off and the Zelkova is a prime example of this for me. This is a ‘just take it out of the case to look at it’ type drum. It’s as much about the whole experience of owning one as it is the sound and playing it. I can’t say this about many of the drums I’ve played over the years, but for me the Zelkova is like a package of things as opposed to it just looking nice or sounding good; yes, it looks good and sounds great, but it has a feel to it when you play it, it has vibe and the aforementioned cool factor as well. Yes, they are expensive, but if you checked out the link, you should understand why since they’re rather labour intensive to make.

All in all, this is one of my all time favourite snare drums and is probably something that should be part of any serious collection.