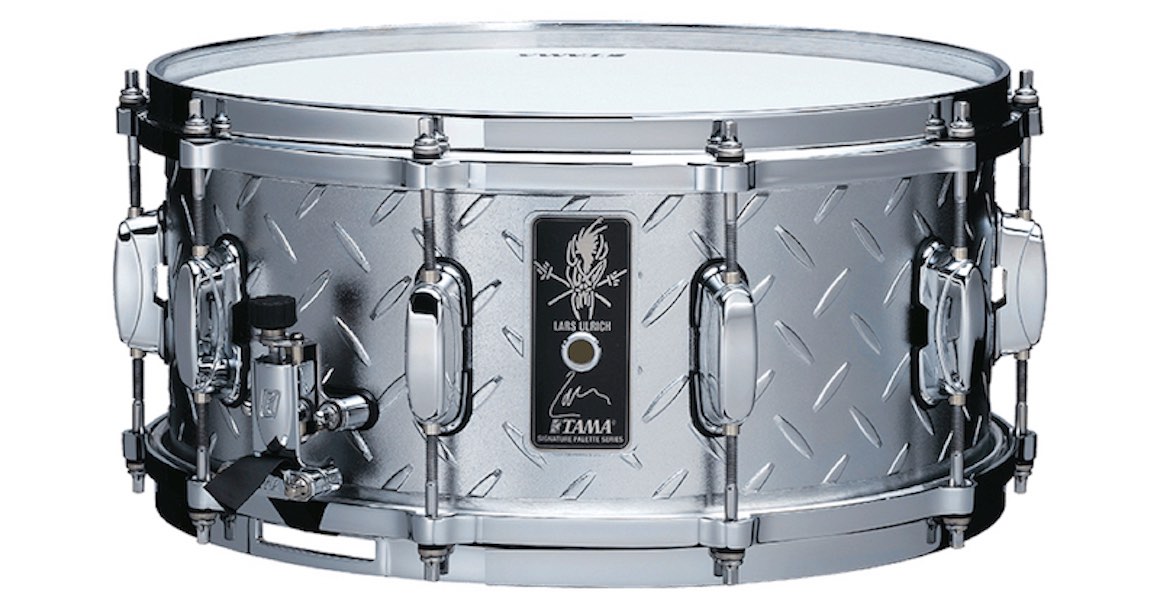 Yep, I bet I can guess what you’re thinking after seeing the title;

But, I really think this snare drum actually has more to it than that, especially for someone looking for a good, rugged gigging drum.

So first off, the St Anger snare sound was a Ludwig Vistalite, not this drum, so you can let that one be. Secondly, say what you like about Mr Ulrich’s playing these days, this really is a great snare drum. Ok, it’s definitely aimed at a certain demographic of player, but it’s not like that’s never been done before.

This is a second generation version of the drum and has a 3mm thick rolled steel shell. It’s 14×6.5”, with 10 double-ended lugs and die-cast zinc hoops which provide even more attack and low-end. It has a coated Remo Ambassador on top, and a standard snare side on the bottom, and 20-strand wires.

Sound-wise, it’s bright and ringy, but the ring is easily controlled if that’s what you’re after. It also projects, has body and is loud.

In 2018, I did a little video on this drum on my own personal YouTube channel, and two and a half years later it consistently remains in the top three viewed videos. Why? The people have spoken and are obviously interested in this drum. So why do I rate this as a snare? 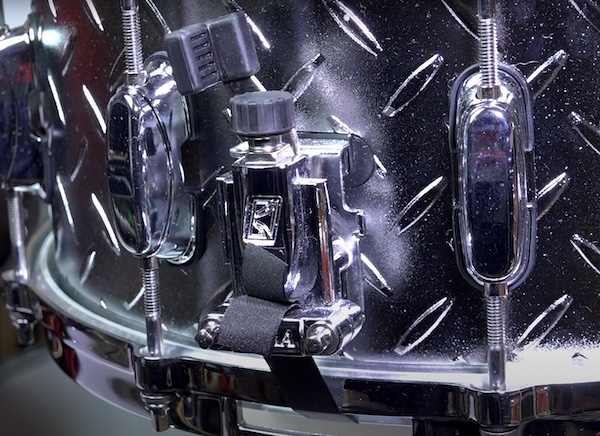 This is a great drum if you need something loud and solid under the stick. It’s also – surprisingly – quite sensitive too, despite what you might believe. Ok, probably no jazz gigs, but for everything else..?

In my opinion, this is a great choice for the average pub/club rock covers player who generally doesn’t play mic’ed up. Someone who needs clarity, presence and volume but without the requirement of a PA and a pair of 2Bs to add some power.

Now, the first aspect will probably be the deciding factor straight off for many people, the diamond plate finish; it’s definitely a polarising feature. Yes, it does stand out and is unique (to my knowledge) to the Ulrich signature drums, but it’s obviously not for everyone. If you can get past that, cool. Sound and feel, well, I’ve covered those.

I’m not a Lars Ulrich fan boy. However, having owned and gigged this drum for several years, it is a package of the above three considerations and if you can decide with your ears as opposed to your eyes, and, of course, need a good solid drum for gigging, you just may see what I mean.