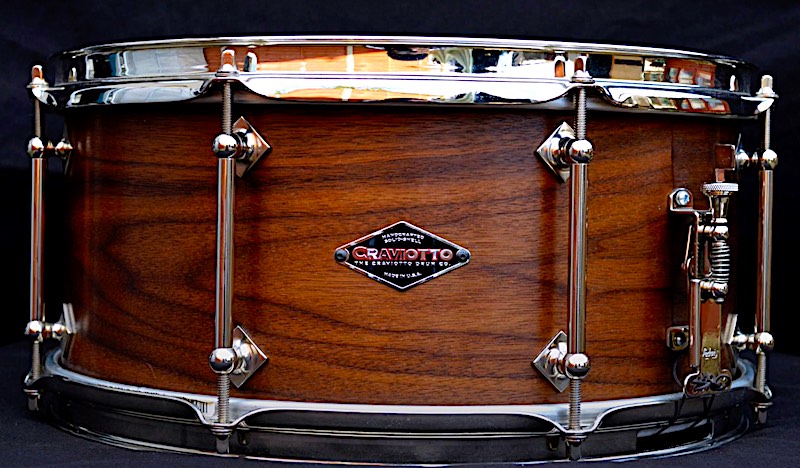 Dave Mattacks is an English drummer who has lived in the US since the 1990s. He’s probably most famous for being a member of Fairport Convention and a very successful session player.

I have two walnut Craviotto snare drums, both of them 14×6.5” but both still very different. As far as I recall, both drums came from Steve Maxwell but I got this specific one around 10-12 years ago when he was selling some of Dave’s old snares for him.

The drum has eight tube lugs, triple flanged hoops and, as you’ll see from the video, a Ludwig snare mechanism and butt plate, something which I’m going to guess makes it fairly unique. It also has Puresound wires and Evans heads. The walnut  has a wonderful grain throughout which is offset beautifully against the shiny hardware and you can see one of the maple re-rings through the bottom head.

The drum came to me tuned way down, somewhere around a very wet/1970’s sound thing. I remember trying it for the first time at a rehearsal and finding it a little unplayable at that tuning so I tuned it up a bit and have pretty much left it there ever since.

I’ve also never changed the heads, so they’re the same ones that Dave played.