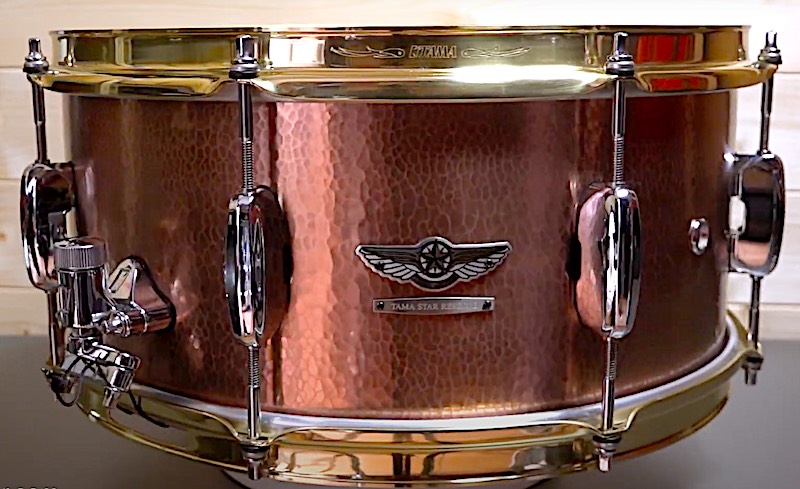 I have no problem admitting this is one of my favourite snare drums, but not because of the way it looks.

This is, as it turns out, one of the more polarising finishes of recent years it seems, at least in terms of Tama. People seem to either not mind how it looks or hate the colour scheme of this drum; it’s definitely not everyone’s thing. Me, I don’t hate the look, but I don’t love it either.

Anyway, looks aside, the 1.5mm thick 14×6.5 copper shell is hand hammered. Tama uses two different hammers for this process, a larger one for the majority of the shell and then a smaller one out at the edges. The hammering dries out the shell a bit amongst other things. 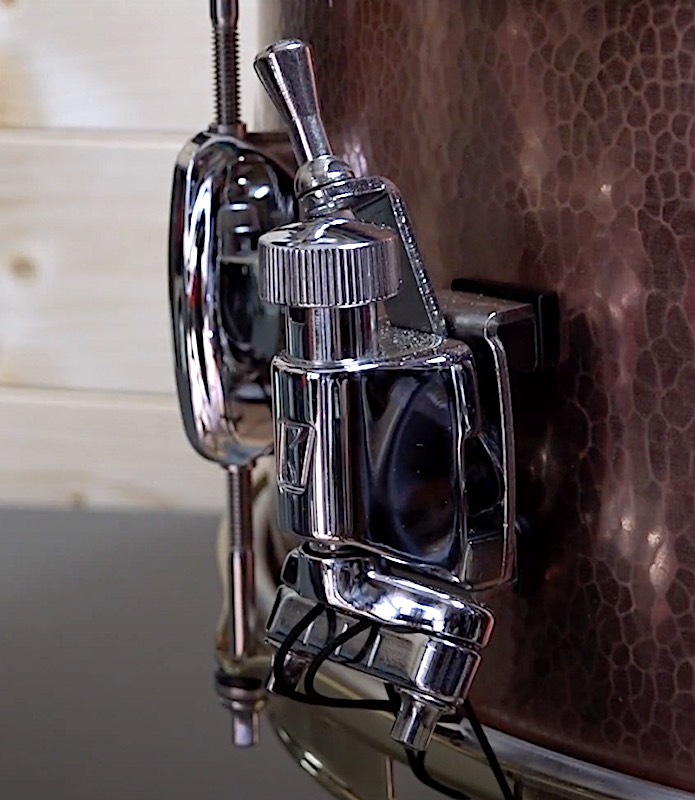 The drum also has Super Sensitive Hi-Carbon snare wires, “Linear-Drive” strainer, 8 double ended lugs and custom brass Mighty Hoops. The hoops in this case are interesting because they’re really more two and a half flanged rather than the usual triple flanged. If you look at them closely, the top flange is really only a half. Tama say the cut down hoop produces a sharper and brighter attack.

This was the first metal drum in the Star Reserve line – they’ve since released a similar brass model too – with the preceding three drums all being wood.

Unlike many of my snare drums, this one doesn’t have any back story or anything, I just ordered it because I was collecting the series at the time and wanted to carry that on. 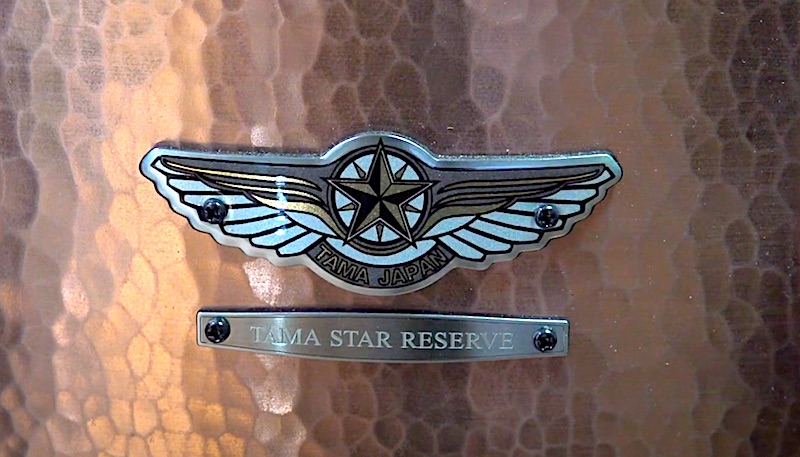 This drum isn’t going to win any awards for looks but that’s fine with me. The best thing about this drum for me, and why it’s one of my favourite snares, is the sound. The initial note is crisp and the ring afterwards is clean and pure and uniform, and I love that.

Listen to it on the video and hopefully you’ll hear it too.