And To All A Good-Night 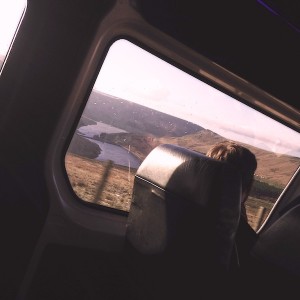 Greetings all and a Merry Christmas to you and yours!

Alas this will be my final View From The Drum Stool update on MD.com. It’s been a pleasure writing for you all over the last year-and-a-half but I feel like I’ve said my piece. To quote Billy Ward from one of his recent blogs: “…do diverse things. Don’t obsess on any singular thing. Stay open to change and embrace change.”

Some may be surprised when I say that two visits to Hull were among the highlights of the last month. I’d never been there until earlier this year but have since returned half a dozen times (the same happened last year with Leicester). The first was late November for a show with Hull native Matt Edible at the Adelphi Club (those who know it know it…) to launch his album ‘Stairgazing’ on which I played. Matt’s a great musician, doing it for all the right reasons and when I went back the following week to Do It Again with Willie J Healey at a venue called Polar Bear I was delighted to spot a worthy-big picture of the local music legend mounted above the bar!

I adore Hull – I’m endlessly enamoured by the everyman, the underbelly. Olde England and lesser-spotted-England (those regular readers will already know about my obsession with Swindon). In particular I enjoy a heritage boozer and Polar Bear was a charming example complete with Royal Doulton tiled bar – one of only four in the world!

And a busy month on the road meant the opportunity to dig out some gems elsewhere too: Holmfirth (The Nook), Bristol (Lord Nelson), Manchester (The Castle) and beyond.

The Sportsman in Bexhill-on-Sea down on the south coast was another favourite and the barmy bunch of regulars who evidently provided the place a very steady income were great entertainment. I was playing at the beautiful De La Warr Pavillion with Saint Etienne, an art-deco showpiece about which I’d heard so much. 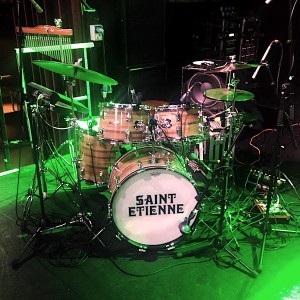 As regular readers may recall I Got The News of the Saint Etienne gig in the spring and it’s been a hectic schedule ever since with tour dates and promo across the UK, Europe, and America. This month we rounded off a busy year with one last run that included a headline show at Shepherd’s Bush Empire. It’s a pleasure to step out in front of such large appreciative audiences every night and I don’t take it for granted – indeed the London show, with it’s packed crowd, and surrounded by friends, was a satisfying way to see things out.

The gig has also been a rewarding musical challenge. Many of their grooves are built around drum loops and samples and it’s been a journey working out how to effectively recreate those feels live. Accentuating the offbeat hi-hat beats as well as employing some snare ghost notes in places I didn’t think they could fit – notably after the back beat (study Porcaro’s Rosanna shuffle carefully and you’ll see what I mean) – have worked to give a bouncy loopy vibe. Throw in a subtle swing (I call it more of a lilt) and it starts to feel really good.

Meanwhile my old (albeit very young) pal Willie J Healey has been out on a debut UK headline tour of his own at the same time. With the odd exception it’s been practically a sell-out tour and good fortune has meant only a couple of scheduling clashes. For the gigs I’ve been unable to make I’ve been depping out to a great young drummer called Casper Miles, who’s been doing a fine job behind the tubs by all accounts and undoubtedly one to look out for in years to come. 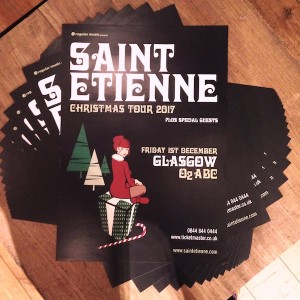 Playing with Will and his band is very special – it’s a collective of like-minded ambitious musicians and we’re lucky to have each other. As I’ve mentioned before I’ve known Will for many years now and it’s been special to witness his rise. His debut LP was released in August and hearing rooms full of people sing back the words to the songs, some of which came together so innocently in my garage, is thrilling – though an intriguing split in his fan base has emerged being a 50/50 mix of teenagers who found him on YouTube and middle-aged musos who heard him on 6Music. Conversation around the merch table can vary wildly from sweets, teachers and Bad Sneakers to string gauges and divorce.

But with little in the way of days off in the last weeks it’s been a tiring run – I urge you to look after yourselves out there on the road folks. Only Bristol Louisiana now remains to be played on the Willie J Healey tour (I’ll soon be Home At Last). After that it’s straight into rehearsals with Gaz Coombes for whom it looks like I’ll be depping a few shows again early next year. No rest for the wicked! But as ever I’m grateful for the work, and 2018 is looking promising too (despite encouraging progression over the last year or so I’ll not be burning my bridges with the temp agency just yet mind…).

Though in a month of such hectic scheduling what more appropriate time – and typically VFTDS – for a sticky final chapter in my ever tumultuous car chronicles… this month my Vectra went the same way as the aforementioned dis’Astra (ref. Feb ’17 edition of VFTDS) and is now headed to visit her sister at the great scrap heap in the sky. Here’s hoping Santa can fit something with four wheels that’s big enough to carry a drum kit under the Monaghan family tree this Christmas. And though beggars can’t be choosers I really think I’m done with Vauxhalls… 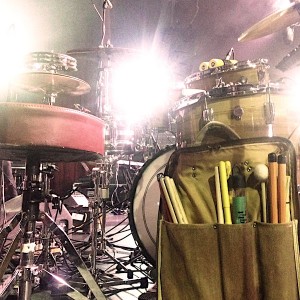 Anyway it’s been a joy writing for you – I’d advise it to anyone (I’m only sad that I never managed to wedge in the story about the time I chatted to Steve Gadd on the phone in a McDonalds). Thanks to Simon for his support and insight and thanks also to Mike. My gratitude to all those who clicked to see what I had to say, came to a show, or said nice things about my wordplay. I’ll keep on writing – perhaps something more substantial… stay tuned! In the meantime you can find me on most of the usual online outlets so stay in touch.

As drummers we have a strong community – much more so than other instrumentalists. I believe there’s plenty of room for us all to coexist and if we stick together, keep sharing ideas and information and be respectful to one another it only stands to benefit us all.

I hope that this blog has provided some insight, and maybe a little inspiration too. A life in music isn’t always pretty and it certainly isn’t easy. It can be Dirty Work dealing with Show Biz Kids and you may have to work very hard for very little money.

But the pre-show buzz, the roar of a crowd, the second encore all make it worthwhile. The aftershow drives with the gang in the Midnite Cruiser, the Golden Gate Bridge, the Empire State. The wild west and the exotic east. The opportunity to meet your heroes. The characters, the places, and the adventure along the way. King Of The World!

My first-hand experience is that with hard work and perseverance something will eventually happen for you.

So most importantly don’t forget to keep playing, keep practising and as Any Major Dude Will Tell You: keep on listening to Steely Dan…!

Thanks again for reading!

Happy Christmas to all, and to all a good-night.