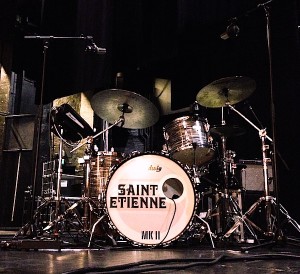 Hi folks and thanks for stopping by. Can you believe it’s November already!? Didn’t it come around fast (I’m sure I said that last year…).

Speaking of last November’s post, I note that another year has gone by that I have not been booked for a gig in Swindon. I’m starting to fear my day in the Mackerel City (as I like to call it) will never come…

However I did finally make it to Lincoln this month for a gig with Willie J Healey at 2Q Festival. I’ve long felt an affinity with Lincolnshire as I was born in Grimsby (although I left after a day). I later started supporting their football team (the Mariners), but after two seasons (in which they were successively relegated) and five trips to see them play live (in which they failed to score a single goal) I figured I must be some curs’ed harbinger of defeat and left them to carry on without me.  They currently languish somewhere in the bottom half of League Two, unlike Swindon Town FC (the Robins) who are vying for promotion… 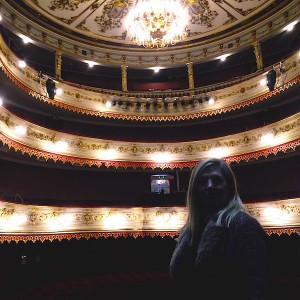 Our visit to Lincoln was a fun-filled affair and I enjoyed the gig almost as much as I enjoyed the beautiful 12th century Cathedral that overlooks the quaint medieval city. (I note with intrigue that their football team the Imps are also League Two, currently occupying 8th place…)

A quick change of hats and it’s off to mainland Europe for a touch more touring with Saint Etienne. Great to be back on the road again so soon after America, though a rather rapid affair and despite a number of suggestions of drum shops worth seeing I’ll say right now that I didn’t get to a single one.

But judging by the rental kits there are clearly some beautiful vintage tubs lurking around the Euro subcontinent. For the first three dates I had a Ludwig from the mid-sixties but despite fresh heads I couldn’t quite get the rack tom (13”) to give me what I wanted. The peril of proper olde vintage gear is that the inexorable 50+ years hard battering means the odd drum can come a cropper: maybe it needed new bearing edges or perhaps there was a small crack in the shell. Alas on this occasion it was nothing that an inch of gaffa, a drum key and a little persistence couldn’t take care of. These are products of simpler times in terms of engineering; the resonance, consistency and hardiness of modern high-end drums can be astonishing, particularly in comparison with these articles of yesteryear (if the Ringo of 1964 could see modern day DW9000 stands or the hardware on the Sonor Designer series it would probably send his mop-top askew) and it puts into perspective just how far instrument manufacturing has come. 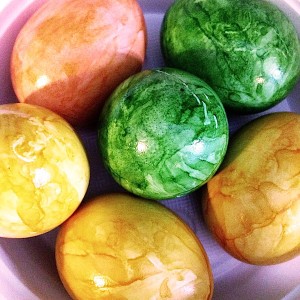 A more pressing drama were my in-ears, the left of which gave out mid-way through soundcheck for the first gig of the tour in Copenhagen (the Lions). My trusty, if rather basic pair have been with me some six years and in that time we’ve traversed the world together, taking in numerous loops of UK, Europe, America and beyond, so there was some sentimental attachment. Fortunate for me our host Leuven had a good pair of Shures that he didn’t need for the show and kindly loaned them.

It’s a product of the times that so many gigs use track or click, and as drummers we oft require a pair of IEMs (In-Ear Monitors) as part of the setup. It can take some getting used to (particularly the lack of low end – thus the invention of the buttkickers!), but I find with time and a good monitor mix they can become a welcome addition.

After Copenhagen we took a road replete with tanned Swedes in big Volvos north as far as Gothenburg (the Comrades). The venue, ‘Stora Teatern’, was absolutely beautiful: dating from 1859 it’s a theatre complete with dress circles, upper circles, grand circles and boxes – though playing dancey indie-electronica to an entirely seated audience can leave one feeling slightly the performing monkey at times. But they didn’t take much encouragement to arise and by the time of the encores I was the only one still sat. 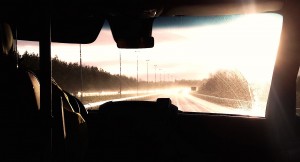 Last stop Stockholm (the Gnaget) and then home for a week before our next run starting in Helsinki (the Klubi). As I’ve said a number of times in this blog I’m grateful for the journey music has taken me on and as it was my first time in Finland I flew out a day before the rest of the gang to do some exploring and see the sights.

It’s a fairly small city with some wonderful architecture and an interesting combination of Scandi and Eastern-European traditions and cultures. I even picked up a piece of reindeer pelt (they were sold out of Moomin) from the market that I intend to use to recover my drum throne – watch this space!

After our gig at Korjaamo (by day a tram museum!) we flew down to glorious Berlin (die Eisernen), my home-from-home where the sun was shining, the beers were chilled and the rider-eggs were not only fresh but stained in colourful tie-dye patterns! Eggcellent attention to detail from the Germans. And a rabid crowd to make up for the reserved Gothenburgers – easily one of the most memorable gigs I’ve played with Saint Et.

Down to Madrid (the Mattressers apparently…) the next day for the tour finale. We had initially scheduled one more show for the day after at the infamous Razzmatazz club in Barcelona (the Blaugrana) but due to civil unrest it was cancelled – a first for me! 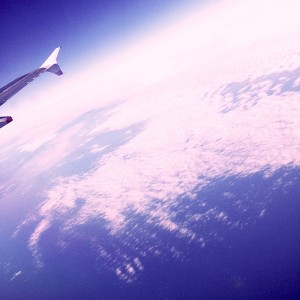 But because our hotel and flights had already been booked we had the option to go to the city for a night anyway and a few of us drove the scenic drive north east (across The Medieval Kingdom of Aragon no less!) for an evening of Spanish Rioja, calamaris and Crema Catalana in Barcelona.

Good times on the road and back to sunny Oxford (the U’s!) all too soon. Alas bad news upon my return: it seems the unrelenting auto-dramas of the last year will continue and the prognosis for my Vauxhall Vectra is not good: death is imminent and she’ll ride her final mile in a mere fortnight. Call me cold but I won’t miss her that much – the indicator stalks are weird and I was forever winking and flashing my fellow motorist when they didn’t expect it, often leaving them more confused than the lunatics that signed off such bad design. Perhaps I could try a Volvo next – plenty of room for the traps!

Thanks as ever faithful readers for tuning in to see what I’ve been up to. It’s been a hectic month of steady motion and accompanying me appropriately on the headphones has been Jon Bowden and his album of Sea Shanties (whatever floats your boat, as say they say). I’ve also been enjoying some travel writing to match; namely lots of Bill Bryson as well as Tony Hawk’s brilliant book Around Ireland With A Fridge which is highly recommend.

As it happens I’m off to Swindon in the morning to meet a man about some Swivomatic hardware. And I’ve just noticed that the Robins play the Mariners in a week…