On The Road Again… 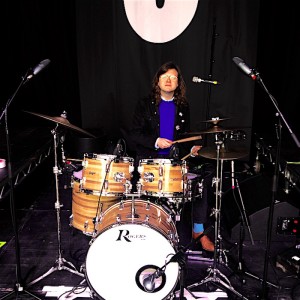 Thanks for checking back in. I’m glad to report it’s been another busy month of gigs and recording with a final few festivals, the odd radio session and plenty to keep me busy in the home studio.

One thing I’ll say for a life in music is that there’s always a story to be had. Life on the road in particular is a weird and wonderful thing and in the years of temp jobs and office jobs I rarely met the kinds of memorable characters and situations that seem to occur daily on tour.

Take an trio of gigs this month with Willie J Healey and band. It all started out so innocently, just another sunny Friday and a pleasant jaunt north in our new van – her maiden voyage. Previously the cherished ride of the boys at Network Rail, Willie recently wrestled it off ‘em at a bargain price and now we ride in style with a cruising speed of 65mph, six seats and one microwave.

The gig went smoothly despite a minor mixup meaning we only had sweets (lots and LOTS of sweets) on the rider. Willie had a couple too many Percy Pigs resulting in a stratospheric sugar high right before we went on, and then the subsequent plummeting come-down 20 minutes later. I think we were half way through Subterraneans at the time. Nevertheless we battled through and made a swift get-out after the show for the long ride south and, despite a sticky clutch, indulged a short detour at my own request to ride the glorious Humber Bridge. 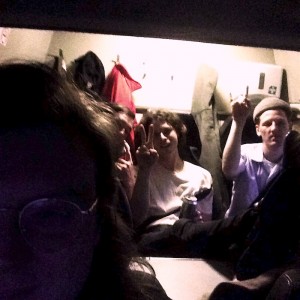 (Some trivia for the pub quiz fanatics among the readership: the Humber Bridge, once the longest single span suspension bridge in the world, is so long that its two towers, despite both being perfectly vertical, are 1.4 inches further apart at the top than the bottom due to the curvature of the earth!)

Saturday now, and it’s a headline slot for Will and band in beautiful Bristol. The ‘SWX2’ venue looks suspiciously like the alien nightclubs that I thought I’d left behind when I graduated University and offers a load-in via 15 flights of stairs or a grisly heroin-sodden service lift. With a drum kit, keyboards, merchandise, 15 guitars and enough amplifiers to open a shop we opt for the latter and it’s a good job tour manager Jake insists we get everywhere so dang early.

We nip out before the gig for a pre-show game of bowling and when we arrive back at the venue there’s an interesting addition to our dressing room. Hung on the back of the door is a suit carrier and it soon becomes clear that we aren’t the main attraction at SWX tonight.

Jason the stripper is.

Part of the ‘Dreamboyz’ troupe, he would be performing for a hen party in the larger room downstairs. And I’ll apologise once more to the people of Bristol that we were late to the stage, but we simply couldn’t tear ourselves away from his astonishing performance.

Needless to say our gig was inspired – and now that Wills album is out it’s great to see people singing along.

But we’re swiftly turfed out after the gig for the club night to begin – they need the room for more hen parties and private booths and bottles of cheap champagne with sparklers in the top. Alas. 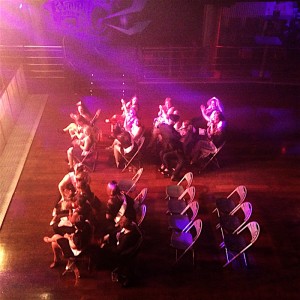 The following morning and we arise early to head down to Boardmasters Festival in Newquay. But the nagging niggling clutch on our new ride is starting to become an issue – the gears are tricky to locate and we’ll be lucky if we make it there, let alone back.

After a near-fatality (ours) on a roundabout near Bodmin we stumble onto the festival site and porno-park right behind the stage. Perhaps it was the uncertainty about our fate that afternoon but we played another blinder to an appreciative crowd.

And after some pleasant catering we’re keen to hit the road again and we cautiously fire up our precious jalopy which rumbles ominously towards the motorway. We make the A30 but the end feels nigh and a meeting of the COBRA committee concludes it’s an AA job.

I’m not sure what it is about the AA’s recruitment process but I’ve yet to meet a pleasant AA man. And as we roll into the Exeter M5 Services the technician who awaits us is no different.

He informs us, neither clearly, empathetically, or vaguely politely, that we’ll be travelling home tonight in colleague Pete’s truck, with our van on the back.

It’s several more hours wait for Pete to arrive and I wander into the services. My eye was caught by a disheveled man with long untamed hair and longer untamed fingernails sat out the front. Upright on a table in front of him were three empty shotgun cartridges.

In short he was just the kind of wild-eyed mentalist I knew would like the look of a guy like me and sure enough he promptly struck up conversation.

“Fancy a go on me gun?” he asks in a strong west-country accent.

“What a kind offer” I replied hoping he would spare me. “Much worth shooting this time of night on the M5…?” 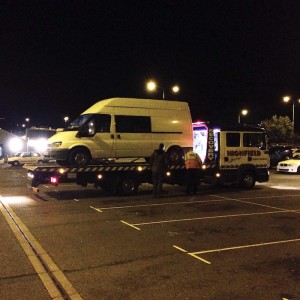 “Tie a firework to a roller skate and send it down a rabbit hole.”

I asked him what that would do.

I could see what got this guy off.

I had a feeling I knew so thanked him for the offer of his gun and made my excuses.

Meanwhile bassist Garo had discovered that on the side of the Travelodge was a small sports bar. After the ill-luck that had befallen us what more pleasant way to see out the wait than over a quiet pint in a peaceful pub.

Predictably a quiet pint was not what awaited us. Instead a team of Scottish electricians prepping for a long weeks hard work with a pint or ten were after either a party or a fight. “Yous are in a band?! GIVE US A SONG!” shouts the alpha male from across the bar while singing loudly to Dean Martin. “You look like f*****g MEATLOAF!!”

With much relief the phone finally rings to inform us that Pete is here.

He loaded the van onto the trailer at a speed that befits his 74 years and eventually ushered the six of us into the large cab. Sure enough I drew the short straw and was sat next to the big guy at the front to keep him company.

And boy did he like company. Though he wasn’t much of a listener: you see Pete lived to talk. The man was born to chat, to speak, to yarn, to natter.

We covered most of his life story, he talked about his wives, he walked me through his entire employment history and told me about his brother who went to prison. He talked about music and guitars and trucks and Spain and bankruptcy and caravans and Roy Chubby Brown. At one point we started singing together – it was the only way I could get him to stop talking.

It’s no short journey from Exeter to Oxford but when we arrived home at 3:30am he was still going strong.

Albeit a tale of some woe, most importantly the weekend was also a fun and thrilling time – cherished memories of exciting encounters shared with friends and bandmates alike.

I’m glad to report that the clutch was a fixer and that there are plans for many a Ginsters still to be warmed in her microwave.

Perhaps this will enlighten, inspire or maybe simply explain something. Music offers potential for experiences, travel and creative reward not found in any other line of work and I’m sure many other musicians will attest to the adventure that inevitably befalls (and that it’s never what you expect!).

But for now I’m off Stateside for a few weeks with Saint Etienne – hopefully for some more adventures. For anyone who may be interested in following my adventures in the coming weeks more closely, check in to my regular writings over at http://viewfromthedrumstool.tumblr.com where I’ll be posting regular updates.

Until then may your gigs be plentiful and your gear changes smooth.