Pillow Talk (or, This Is Not An IKEA Advert) 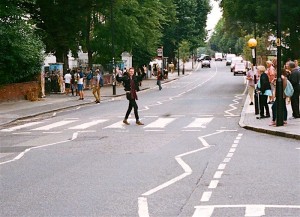 Greetings loyal readership and thanks for joining me aboard The Good Ship Drum Stool once again.

The summer so far has seen the usual steady flow of festival dates and the last month has been no different. And given the persistent pitter-patter-pitter-patter of rain it’s meant more than a little action for my Wellingtons.

At least Citadel Festival at Victoria Park, London, offered some protection from the downpour seeing as we were booked to play in Jägermeisters heavily branded mock-saloon stage. It was testament to what corporate affairs many festivals have become these days that even the house-cymbal set of Paiste Twentys was custom branded…! 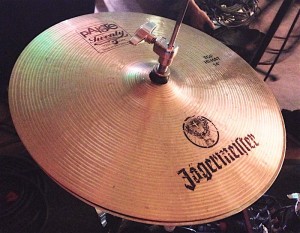 Port Eliot in Cornwall was a similarly muddy situ, though it did see the first outing for my much-loved Rogers ’74 drum set in original five-piece configuration! Despite having had the original 13” tom for some time, I’ve never had the means to attach it. But after two years of searching, this month I finally located an original 70’s ‘Swivomatic’ double-tom holder! Exciting times – I promise we’ll never be parted again. 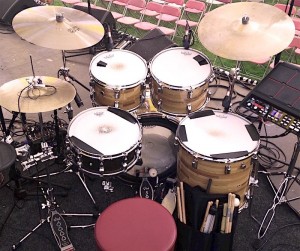 In drier news I had the great pleasure of recording at Maida Vale for Radio 1 with Willie J Healey recently. It’s my third time at the prestigious BBC studio, my first being with electronic band Man Without Country in 2013 and second with Gaz Coombes in 2015 when he was nominated for the Mercury Prize.

It’s always a pretty spectacular encounter – the mic collection is legendary, the engineers are fast and knowledgeable and the rooms sound beautiful. 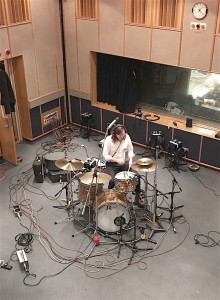 But what else is cool about Maida Vale is that Abbey Road is right around the corner! Will and I arrived at the studio early, so after listening to the eponymous album on the road up we swung on over for the obligatory tourist photo and to soak up some inspiration ahead of own recording date. I highly recommend a visit.

We were booked to record an ‘in-session’ for Huw Stephens’ Radio 1 evening show. In such situations I favour a recording approach that is swift and high energy – it’s a pretty consistent way to get a good vibe down and I figure a band ‘in session’ is about capturing a snapshot of people and a performance and a feeling in a moment. The pursuit of perfection can wait for another day!

Max-cred too to Will and the other musicians in the band who get great sounds quickly. It’s a pleasure to play with such skilled musicians – some search a lifetime for likeminded folk like these. We did two songs in two takes and two songs in one – great vibes in a great studio and everyone left happy.

You can listen back to the session HERE 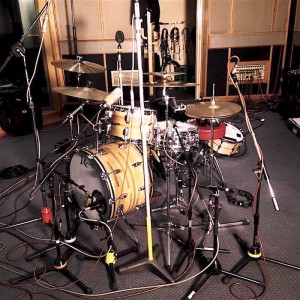 These are exciting times people – I’ve known and played alongside Will for a good few years now and take great pride in our creative relationship and what he has achieved. And after this busy week of promo, including Lauren Laverne’s 6Music show on Thursday, the album – titled People And Their Dogs – will be out on Friday!

Finally in more domestic and mundane news, unhappy with the balance between thud, thump, thwack, click and beef, I took a moment out this month to reconsider my kick drum dampening situation.

We oft muffle the bass drum heavily but not the other drums – but why so? My reading is that the ear – and the brain – are complicated beasts, and through various reasons involving human evolution, the limits of the human condition and probably some others I can’t think of, we aren’t as capable of processing and pulling clarity from these deep low frequencies which are made up of big sound waves that are far apart (imagine a blurry image made up of very few pixels).

The kick drum occupies some very low – very important – frequencies. And in order to make music sound good we don’t want to overwhelm the precious low end with lots resonant slow decay taking up all the sonic room. 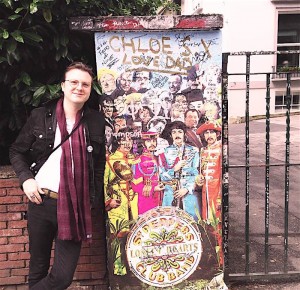 So a touch of dampening to subdue that resonance can be helpful – but no need to overstuff it! I’m sure I’m not the only one to pull out pillow, upon duvet, upon sleeping bag and jacket, to blanket and foam and felt, while wondering how the 22” Pearl Export in that rehearsal room could be such a wormhole.

Of course there are a number of factors that contribute to good a kick drum sound, not least drum head, drum size, type of wood and of course room. Call me a traditionalist but beyond the odd exploration into the world of dedicated dampening products, I’ve always preferred the ol’ faithful pillow. And the slightest whiff of an excuse to go to IKEA is all I need so I fired up the Vectra (on the third attempt) and hit the road east to Wembley. It was time to do some soft-furnishing shopping!

It’s not so much that I love IKEA, as much as I am simply very,very intrigued by it. The predetermined route that you have no choice but to follow. Their budget Swedish food – and the allure of the (loss leading) hotdogs and ice cream beyond checkout. The eccentric names for all the products and the way they are displayed in their idyllic little dioramas. I recall vividly the first time I went to IKEA. It was the Cardiff outlet, May 2015, it was a Monday and it was an eyeopener and then I went three more times that same week. 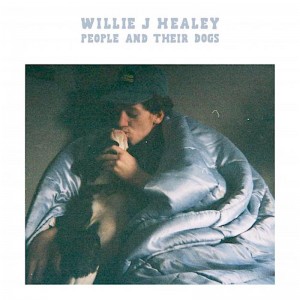 Anyhow I perused the pillows utilising a variety of improvised methods to establish what might work best until security asked me to stop. I ended up purchasing a couple of SLÅN, an AXAG and a ÄRENPRIS. The GULDPALM felt good but a little beyond my budget. I’ll report back with full findings in the future but tentative first experimentations have suggested that the denser ÄRENPRIS is working best in the Yamaha 9000 22″ studio kick.

I wonder which one Gadd uses? I’ll see you on the forums this month for some further dampening discussions!

Last but not least, great to see Billy Ward will now be joining the heady lineup of bloggers here at MD.com. I first saw him play at a clinic some years back in Cardiff and was struck not only by his sensational – and very musical – playing but also his take on life. He’s a DO-er and a motivator and his writings will no doubt be unmissable. You can check his blog HERE

Good luck in all of your endeavours – drumming or otherwise – this month folks. I’ll be back in September with some exciting news but until then keep your kick drums punchy and your pillows plumped.