Mike Monaghan’s View From The Drumstool 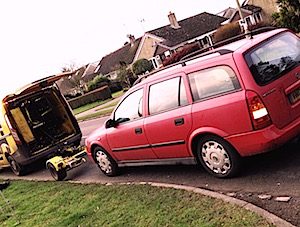 Rest in peace sweet one

In the September ’16 edition of View From The Drum Stool I (twice!) erroneously referred to my faded-red Vauxhall Astra Estate as trusty. Alas the mean and miserable month of January did prove those fateful words false and with a clunk, a strain and one final almighty misfire she cranked her shaft and converted her catalytics one final time, coming to rest on the Abingdon Road in Oxford.

It turns out that ‘Astra’ translates from Middle English as ‘Distant from the correct path’. And though less poetic, Clive The AA Man’s (decisively swift) diagnosis of the engine spoke very much of a similar sentiment.

If there’s a single image that defines my twenties it’s the image of me at her wheel, Rogers ”74 in the back, Shipping Forecast on the radio, pulling a mean 65mph on the way home from some show some place. With seats that lay flat and no lip on the boot she was a drummer’s dream for easy loading. And despite suffering what Clive referred to as The Holy Trinity (oil, water and fuel leaks…) she did me well, together traversing every UK coast and a fair whack of Europe – year on year surprising the girl from school who worked at the MOT centre with my above-average mileage.

So while all around her stood and stared – and with Katy Lied playing one final time from her speakers – her rusted soul did depart unto the great scrapheap in the sky.

Saving grace came late-Jan in the form of a phone call from… Grace at the job agency. Yep I’m back in the hot seat (swivel-chair) with another gig. Put those drum sticks away – it’s the keyboard for you, sir, and not the one Rick Wakeman plays! I’m back in training for the spreadsheet Olympics: entering your data, mapping your graphs and generally doing exactly as I’m told.

My employer this time is Oxford University and while it may not be my favourite way to pass my precious time on planet earth, I am grateful to be earning some much needed cash. 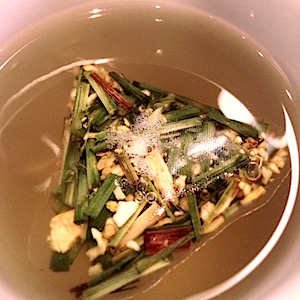 Lemon and ginger in the interests of my BMI

Thus is the drummer’s life in my experience: the flush times and the meagre will ebb and flow but you must ride the wave but with a keen eye to the horizon for stormy weather – or busted Astras. (Dang – there I go about the car again!)

Plus Oxford University aren”t the worst employers I”ve ever had, not only furnishing the tea room with some of the swankiest bags you’ll ever brew, but also furnishing their employees each with an insightful and personal BMI, cholesterol and dietary analysis (for the results of which see ‘Astra’ in middle English…).

On the subject of employment, those regular returners of the The Drum Stool may recall reading in the afore-mentioned September submission HERE that my last job was shipping out spare parts for the swimming pool industry. How amusing then to step into a studio in Leicester this month only to find the very products I used to flog being used to hold the spare parts for the drum kit! 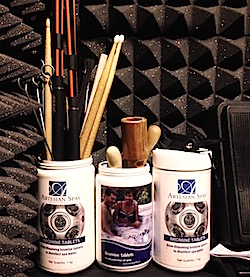 I wonder if they do a kit mounted one…

Okay finally on to some drum talk. It’s been quieter on the gig front – often the way at this time of year – but beyond the mourning of my 4-wheeled companion (sorry…) I’ve been busying myself in the studio.

Indeed I’ve noticed a significant increase in the amount of recording work being offered versus previous years and it’s an interesting and positive development. I”ve had a long complicated relationship with playing in the studio – a few years back I was never happy with the performances, and didn’t feel relaxed. It”s a very different skill to playing live, but with more experience and perseverance I feel like I”m starting to reap better recordings and more work.

And in turn I have an even greater admiration and appreciation for those studio greats too of course.

(Talking of whom have you ever wondered what cars other drummers drive? I”ve always seen Gadd in a Caddy. Porcaro in a Pontiac. Simon Philips in a Porsche 911 with toms hanging out the windows and a kick drum on the roof…)

(Dang, I’m back on car talk again! Sorry. And y’know the most annoying part was that I’d just filled her up…) 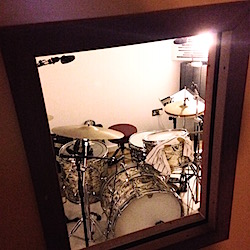 The window to my soul

Anyway, elsewhere I was back in London for a further session with a twist…

In my experience most recording these days is done straight to digital – largely because of expense, convenience, etc. So when word came through that we were tracking click-free straight to tape I was excited to see how it would go down.

So I headed out to East London and in addition to a nice old Star drum kit, the studio also had a beautiful Neve desk. But with only 8 channels and a rhythm section to track, it meant a slightly more limited approach to the drum sound. Fortunately the engineer had a pair of Coles 4038s which basically sound pretty amazing pretty much always.

These classic ribbon mics were originally built for the BBC and we used them to form the foundation of a stripped-back but very capable and detailed drum sound that I loved most of all because it was unique. 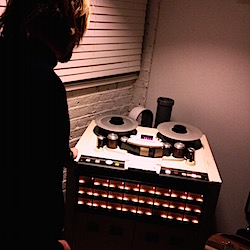 But when I heard the takes we did played back from the tape machine I was just blown away by gorgeous warm softness of it all. It’s hard to quantify – perhaps the highs are a little softer, the low end a little rounder. But it was very special to hear and now I’m not sure digital will ever feel as good…

A simple setup, Coles to Neve to Tape: a glorious trio! I’m calling it the drummer’s Holy Trinity!