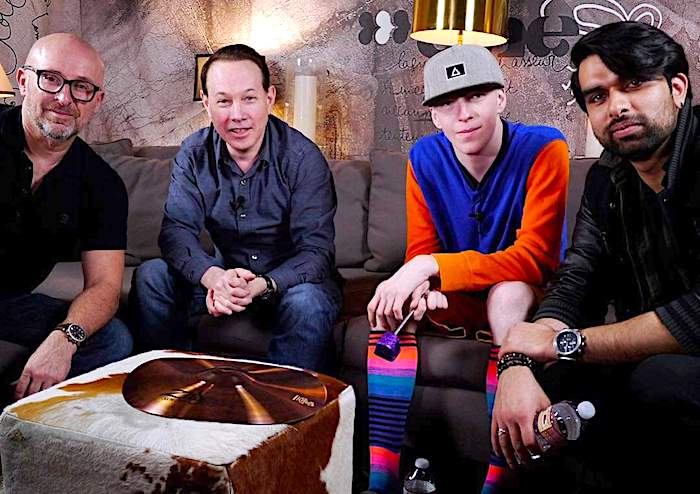 Season 3, Episode 5 of The Mike Dolbear Web Show – again filmed at EastWest Studios in Los Angeles. This time, Mike catches up with three very different people, including a Brit!

Kaz Rodriguezis one of the most talented players to come out of the UK in the last few years. Currently (after this was filmed) out on the road with Josh Groban, Kaz is making his mark by being technically astonishing while still remaining totally musical.

Tosh Peterson, AKA Tosh The Drummer, is one of Instagrams most visual drummers. Currently playing with Nik West, Tosh is only 16 and is already making big waves.

Paul Francisis Director Of Cymbal Innovation at Zildjian which makes him head of research and development for Americas oldest company. If anyone knows about the ins and outs of our cymbals, it’s Paul.