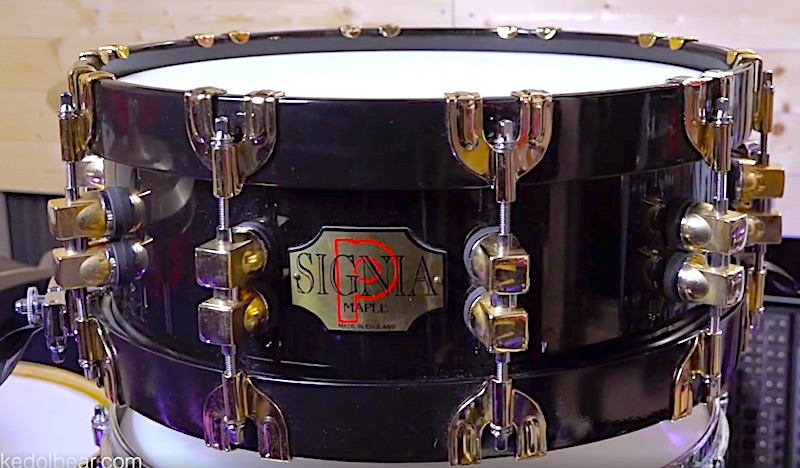 So recently, I got a Premier Signia snare; not this one, this one – http://mikedolbear.com/features/sdotm-jan20-premier-signia/

If you read that piece, you’ll see that drum was a long, long time coming for me between first wanting one to actually getting one. Now, this snare was something I’d not exactly ever thought about trying to get hold of. It was something I’d always thought was cool, but this was mostly because of the whole kit package it came as a part of since these drums weren’t available separately.

The Signia line were some of the best drums Premier ever produced. However, this small run of special drums – 150 kits – was produced for Premier’s 75th anniversary in 1997. Drums were made using 4mm thick all maple shells finished in transparent ebony lacquer. The hardware was 18k gold plated. 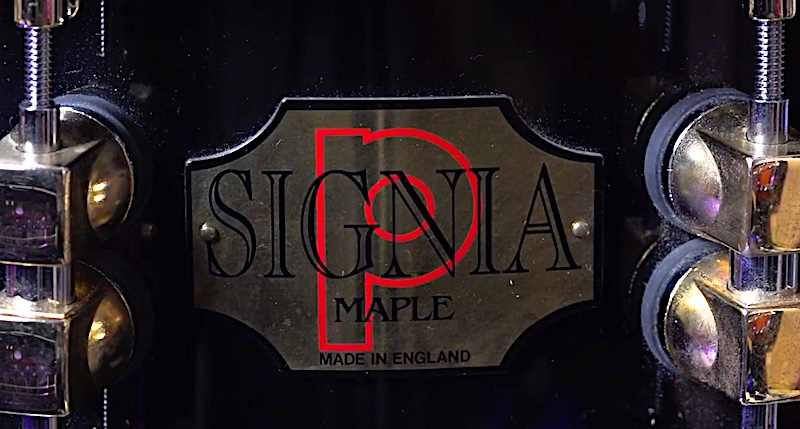 Back in January 2020 I visited Rubix Drums in London. There, they had one of these very drums and my interest was ignited, or perhaps rather, reignited. I remember these drums when they first came out, certainly in print anyway, but I can’t recall for sure if I ever saw one in person. If I did catch one it would only have been at a drum show somewhere.

Now, this specific drum I found on eBay. It was something I was watching gradually going up in value during the auction and near the end, I decided I’d have a crack at it. 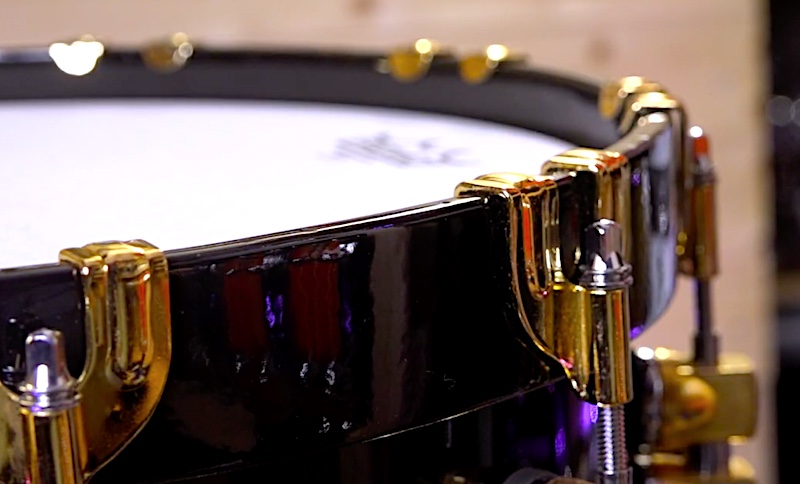 I was expecting – with fairly good reason given it’s limited and there’s a lot of love for the Signia line – for there to be a bit of a price spurt at the end up to maybe £400 which is what I thought it might go for. That often happens, particularly with fairly rare items. I set my maximum bid to what I could stretch to (which was much less than £400), sat back and low and behold, it didn’t really move at all. I love it when I’m wrong.

Ok, so ‘wrong’ might not quite be the right word. But, when you’re bracing to either dig deeper into pockets you probably shouldn’t be digging into in the first place or losing a drum altogether, when the world cuts you a break and lets you have something for less than you were expecting, you can take it as a score. 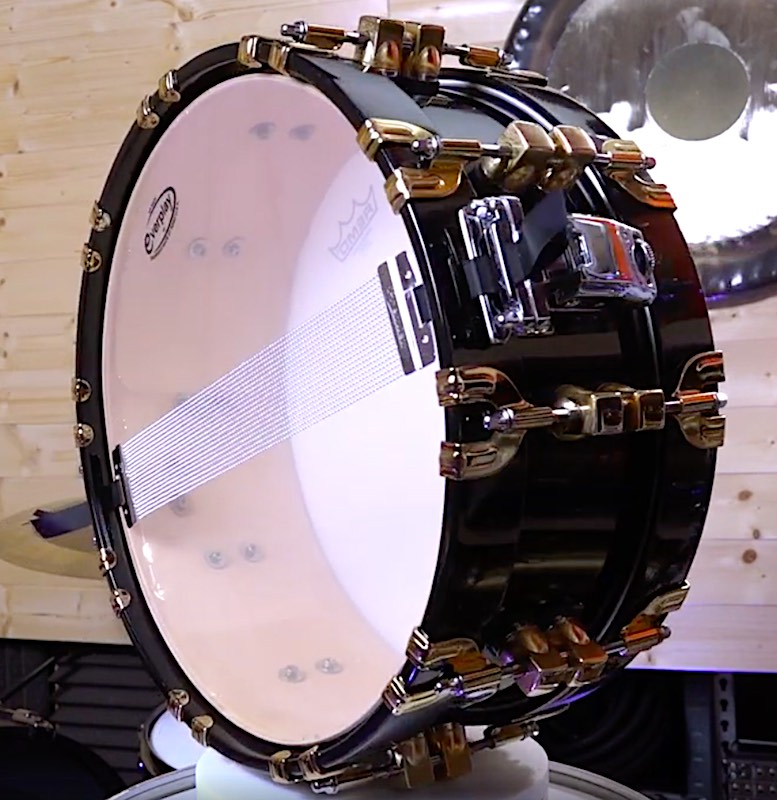 Whilst the drums are the same size, the wood hoops on this version give that inherent openness to the sound which you get with wood hoops. I see it as a wider sound as opposed the more focussed, tighter sound of the regular drum.

In terms of condition, apart from some marks in the top hoop where a previous owner had taken zero care to reset it properly in the already established grooves and a bit of wear on the plating, it’s in overall good condition.